The Prince of Misanthropy --&gt;by KingKellogg 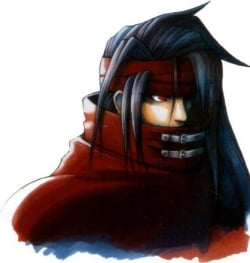 KingKellogg
polycounter lvl 6
Offline / Send Message
KingKellogg polycounter lvl 6
Jan 2016
-FINAL EDIT-
The Prince of Misanthropy
Many winters ago, a man with a heart as cold as snow ruled a castle. One dark night, an old hag came knocking at his door, pleading for protection from the elements. Selfish, he cast her away without a second thought. It was then the hag turned into a young maiden, a witch, transforming the prince into a beast which would reflect his cruel nature. For his greed and cruelty the prince was gifted a rose and warned that he will forever be a beast if he did not find true love before the last petal dropped.


All scenes and pics are from SketchFab, so no fancy materials or lighting. Model is 100% realtime and rigged.
Sketchfab 3D scene   -Here- Wish I knew crap about rendering programs...But sadly I do not.

From there I simply found art works of lions and other mammals to study their anatomy and musculature and pretty soon I felt motivated and well, created the Beast below- And Zod the Immortal, cause he is awesome.


As for the backstory...I havent wrote it out yet.Though One thing I did want to achieve is focus on the hatred the Beast feels toward the world for what had happened to him. Due to what happened he became untrusting, resentful and eventually began to hate humanity and himself.


-----Go to the end of pages to see how he has changed, doesnt look like a nerd who dropped fritos on his keyboard anymore----