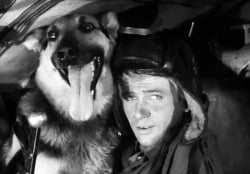 AAM
Offline / Send Message
AAM
Jan 2016
A Guards designation was awarded to units who distinguished themselves in combat. These battle-hardened veterans were the elite of the Soviet forces and more than a match for anything that the Nazis could muster. The first Guards title was awarded to two rifle divisions (107th and 120th) for destroying the German salient at Yelnya and showing that blitzkrieg could be stopped and driven back.

My work is based on historic vehicles operated by Guards units or units which had received the honour later. This includes elite artillery, mechanised and aviation formations. The working title is "Guards Tank Army". I'll upload some screenshots and background information as time permits.

A series of camouflage paints were approved for Soviet military use in August 1941, but few were manufactured in any great quantity. In addition to liquid paints, Soviet forces occasionally received pigments as dry powder. Wartime shortages were common, so Soviet camouflage was often made from organic materials such as green branches or dry grass. Still, unusual paint schemes were seen in some units, such as this M3A1 White Scout Car of the 1st Guards Tank Brigade:

Guards Jr. Sergeant V.S Bogatischev of the 1st Guards Tank Brigade reconnaissance company indicates the way on the map during the spring thaw: The BM-13-16 "Katyusha" MLRS needs no introductions. These were assigned to elite mortar units, usually Guards mortar formations. A special badge was approved for Guards units on 21st May 1942, as seen on the cabin door here: This vehicle was originally a multi-purpose 4-ton cargo and utility vehicle made in peaceful times. Their design improved on a two-axle 4x2 ZiS-5, a truck similar in most other respects. However, the additional torque allowed the ZiS-6 to tow the M1942 76.2 mm field gun. The Red Army requested large orders and more than 20 thousand were built by October 1941. Here are the T-70 and SU-76 of the 8th self-propelled artillery brigade. Their tactical designation was an eagle in a circle. The SPG is assigned to 3rd battery, 2nd divizion (battalion sized unit). Below is a picture of the unit taken in spring of 1944 that serves as inspiration here. Brigade commander Col. I. Ya. Kochin stands in front of his command tank. Note the SU-76 in the background: Driver-mechanic Sgt-Maj. N.I. Likhomanov with his SPG. Let's take a closer look at  the unit tactical markings. Note one bar above the tactical marking (1st divizion) and one triangle underneath (1st battery): This particular tank - named "Schors" - was operated by the 130th tank brigade of the 23rd Tank Corps, which was involved in heavy fighting around Kharkiv and Stalingrad. The 130th brigade has lost almost all of their materiel twice: once during the Battle of Kharkiv ("Case Blue") and again during the Tatsinskaya Raid. It was a battalion of the 130th brigade led by Cap. Nechayev that was the first to break through the German lines and destroy some of 300 aircraft on the airfield.

The 130th tank brigade was re-named the 26th Guards tank brigade and the 24th Tank Corps became known as the 2nd Tatsinskiy Tank Corps. This story is the inspiration for the model of the T-34/76: The Cyrillic "Л2-КС" is the designation of the 23rd Tank Corp. The 130th tank brigade was known for their "named" tanks, as each vehicle was decorated with a dedication. Contrary to popular opinion, it was rare for red stars to be painted on armour. This unit is one of a few exceptions.

Another tank of the 130th tank brigade named "Nakhimov" can be seen here, abandoned during Case Blue: The KV-1 is based on the tanks of the 145th brigade. The 2nd battalion of this brigade was known for decorating their tanks with patriotic slogans. This is the same theme as I chose for the KV-2. The 145th brigade was an elite unit used in breakthrough operations as the heavy armour spearhead. They were later granted a Guards title as the 43rd Guards heavy tank brigade. Cap. Trukhanov explains orders to the commanders of individual tanks in his battalion. Some of the patriotic slogans can be seen on the tanks. I did not want to promote Stalin's personality cult, so I chose "За Родину!" ("For the Motherland!"), as seen on the tank in the background. The lettering is somewhat inspired by an Old Church Slavonic script. It has an old-fashioned appearance. I used a brush-pen to recreate the effect of a hand-applied slogan: Sometimes it is difficult to find the right balance between historical authenticity and a striking visual appearance. The KV-2 is a case in point - there are no authentic period sources that I could find which show any markings whatsoever on a KV-2. Only a few hundred were ever built, and production ceased in 1941 - before any widespread adoption of any tactical or artistic adornment. Unfortunately, a big green box just looks boring. I have decided to use my artistic license (I am getting one sent to me any day now, I promise) and added the tactical markings of the 145th tank brigade and a hand-lettered sign - "death to fascist occupiers" - in semi-Cursive Cyrillic lettering. I hope it's not too much.. The 145th tank brigade was a heavy tank brigade which operated KV-1 and T-34/76 tanks near the start of the war. Their tactical markings were based on the shape of a rhombus - the code for "armour" used on Soviet maps. Here is a photograph of two "named" KV-1 tanks of the 1st battalion of the 145th tank brigade. All of the tanks of the 1st battalion were named after revolutionary heroes such as "Shors" (foreground) and "Bagration" (background). Their turrets are cast and welded, respectively. The Il-2 is a reconstruction of an aircraft flown by Soviet ground attack ace Guards Jr. Lt. Talgat Begeldinov. Begeldinov served with the 144th Guards Air Assault Regiment and completed over 300 sorties by the end of the war. Their insignia was a white lightning and their aircraft were decorated with a white ring. Propeller spinners were painted white or red and a white circle was painted on the rear part of the fuselage, near the tail. Individual numbers were white and marked on the rudder. The source for this is a surviving photograph of Begeldinov with his plane. He is standing on the wing. Flying ground attack aircraft was a tough and dangerous job. Low altitudes exposed pilots to AA fire from below and fighter attack from above. Many pilots did not make it to their 10th mission. The same nearly happened to Begeldinov, a Junior Sergeant on his 8th sortie, when his aircraft was in the sights of a Messerschmidt Bf109 flown by German ace Maj. von Dietrich. Instead of attempting to break contact, Begeldinov engaged in an unequal fight. The Il-2 barely limped back to a friendly airfield and the German ace was captured. During his interrogation, the Knight's Cross holder could not believe that he had been shot down by a nobody..

Begeldinov credited his observational skills and situational awareness for his success. Air reconnaissance was his specialty - flying alone he would regularly cross German lines, spot AA positions, attack soft targets in the German rear and return. His aircraft was shot down twice over enemy territory, but Begeldinov returned to his unit both times. By the end of the war Begeldinov had earnt the very rare distinction of two Hero of the Soviet Union awards. As an ethnic Kazakh, he became the only person of Central Asian nationality to earn the honour.

After the war he returned to his native Kazakhstan, trained a new generation of pilots, retired from the armed forces to serve in civil aviation, and set up a charitable foundation for war orphans. He passed away in 2014 at the age of 93. He is remembered by those who knew him as a modest and undemanding guy.