Lemonater47
Offline / Send Message
Pinned
Lemonater47
Jan 2016
So I thought I would try my hand at this considering I do textures for a mod of another ww2 game including tank camo's.

Originally I was going to do an Italian front type Camouflage set for the British. Until I stumbled upon something quite unique. 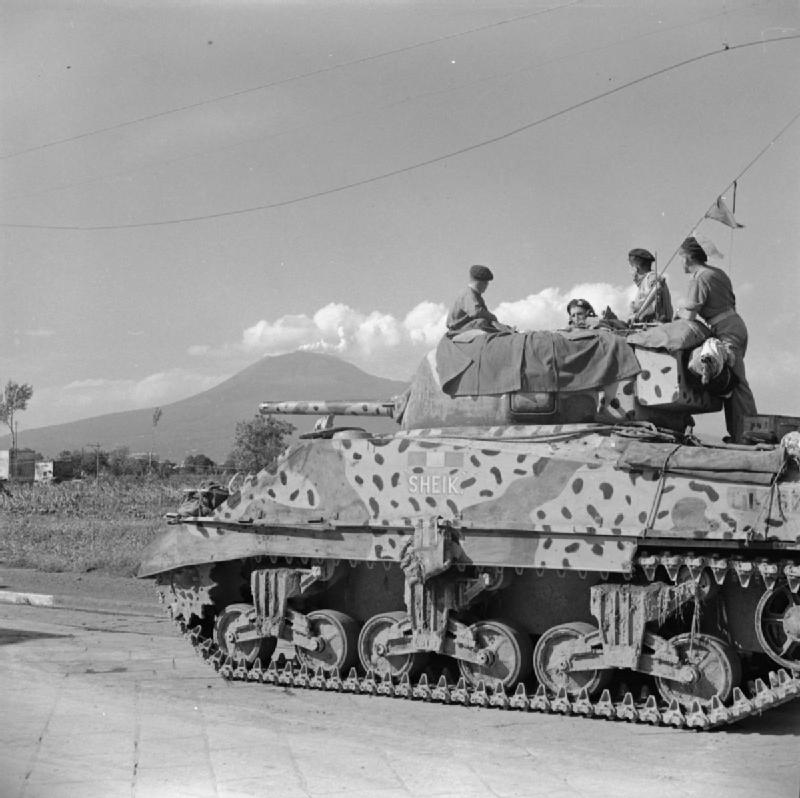 Which in colour after some research probably looked something like this. They were essentially making their version of the similar German Ambush pattern. Now most people seem to agree on these colours during my research. A few of you historians may think the Green is a bit strange it should be a darkish panzer grey type colour. But here's the story. The Scots greys were the last British cavalry division to get their horses replaced by tanks. And when they did get all their tanks the Commander decided to have them painted entirely Grey to reflect their heritage. Montgomery who is a middle class infantry general didn't quite like the idea of that and ordered them repainted with camouflage patterns. Without clarifying how exactly it should be done. All the Scots greys had for reference was a few black and white photos of other tanks with the correct camo patterns + plenty of paint. So the majority of the scots greys tanks ended up Green and khaki as opposed to Grey and Khaki. In Sicily is when those spots appeared after seeing German tanks with a similar pattern and the scots greys tank crews had so much practice with painting by this time.