A parent's gaming curriculum - teaching gaming to your kids. 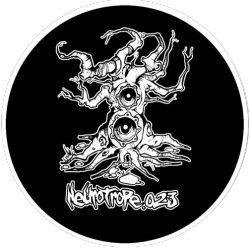 I've got kids.
They're awesome.
And I believe gaming matters.
It's the best, most awesome and complex content generated by human beings.

I want to get my kids hooked on gaming, but do it in a 'proper' way. Show them some classics, show them some history. Show them the really hard-to-beat stuff me and my friends were striving with in the 80's/90's, and the awesome 2D animated stuff like Dragon's Lair. The early 3D low poly stuff. And then proceed to more modern titles, perhaps leaving the choice to them at that point.

So, a lesson in gaming history and theory, spanning over the next 5-6 years, that will get my kids hooked on gaming, but educate them about the medium, make them interested and motivated by it - to become creative, as opposed to being passive consumers.

I'd also like to rock their brains a little. Gaming is wonderful at exping the human brain in things it's not particularly good at.

I'd like them to be able to enjoy the games that are complex and hard to beat.

The approach is somewhat influenced by this book: http://theoryoffun.com/

My kids are aged 6 and 8 right now, a girl and a boy, and at present our stove is occupied by:

- Game making: Scratch, to get them learn the programming side. MagicaVoxel and Lego Digital Designer to get them to learn navigation and 3d software principles. 2D drawing with mouse/tablet in various software.

What we've tried:
- Some old ZX Spectrum/Atari/Commodore games. They love them, but still too complex.
- Zelda. They don't get it, find it kind of boring on the long run.
- Some Flash games. Trouble finding the good/appropriate ones though.
- Minecraft. Swallowed them whole, almost had to battle with addiction. Killed it with fire. It's not coming back, sorry.


Knowing these choices, what game titles and/or software would you recommend?

Do you think the choices are well prepared?

Do you know of any resources that could help me out?