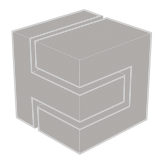 Made this small environment for a school assignment and after getting it graded and received some feedback on the piece, I went on and corrected it to the feedback I got.

The final is shown below.
Tried playing with foreground/background on this latest screenshot, also made some changes to the scene itself to give it a more realistic feel. 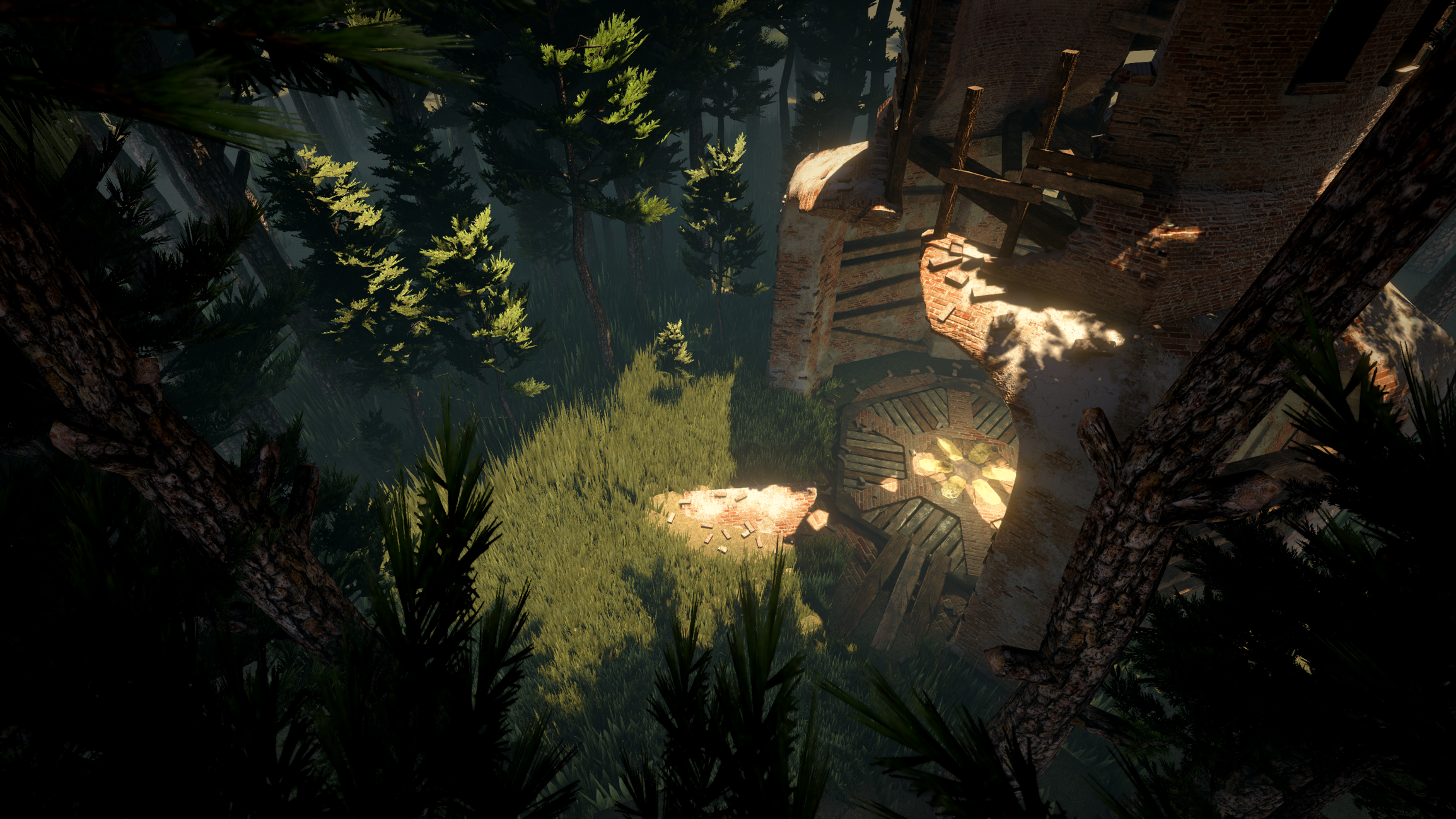 Shown below are a couple of the steps I took, to complete the scene itself.

The meshes are modeled in Maya, then took them into Zbrush to sculpt the broken pieces and sculpt the bricks into them, which in the end was a waste of time because I added them later in substance painter. 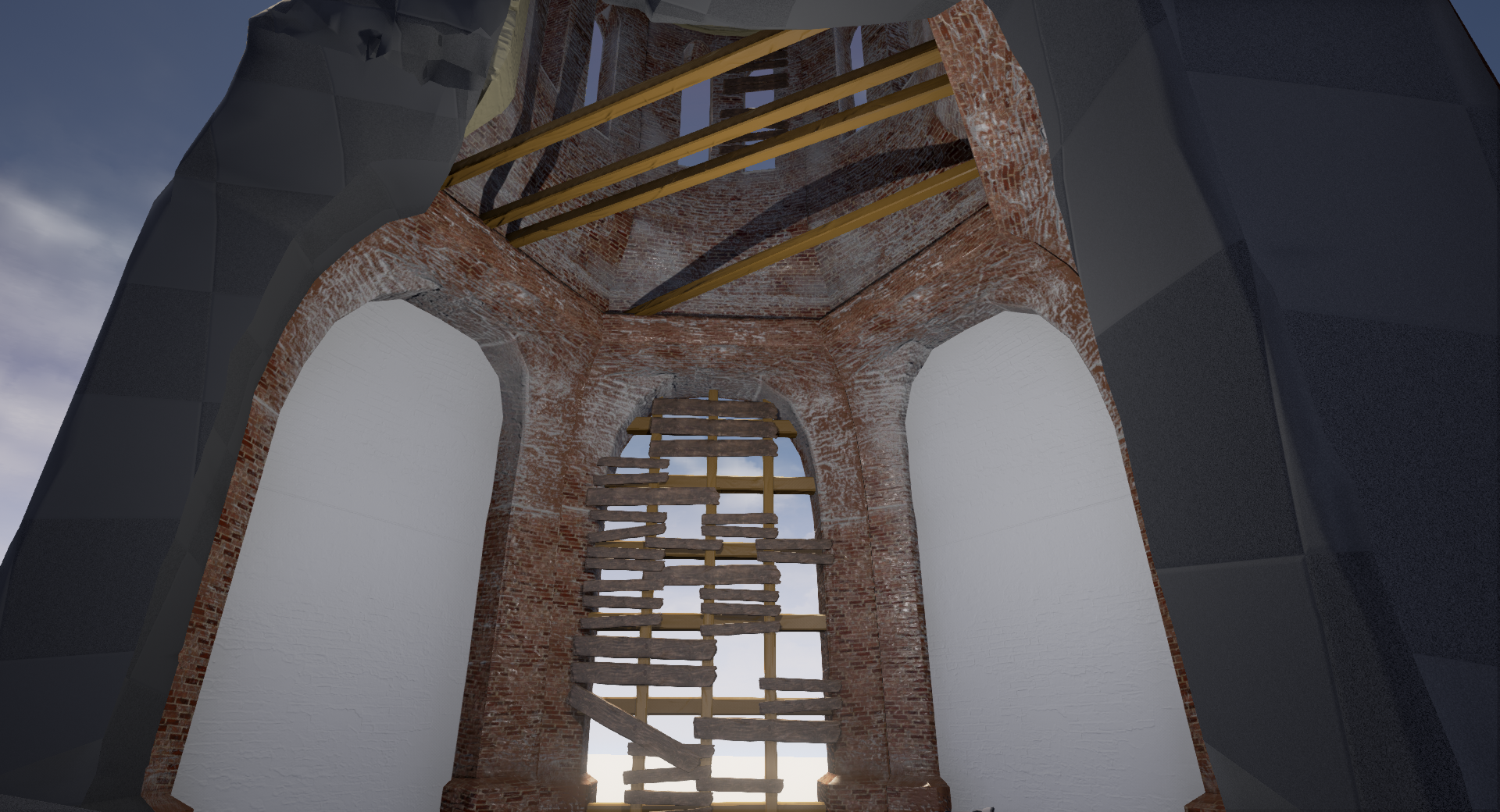 Added more meshes, updated the textures on them and added some trees from Speedtree, these are some standard models that come with Speedtree, as I had no time to model/sculpt them myself. 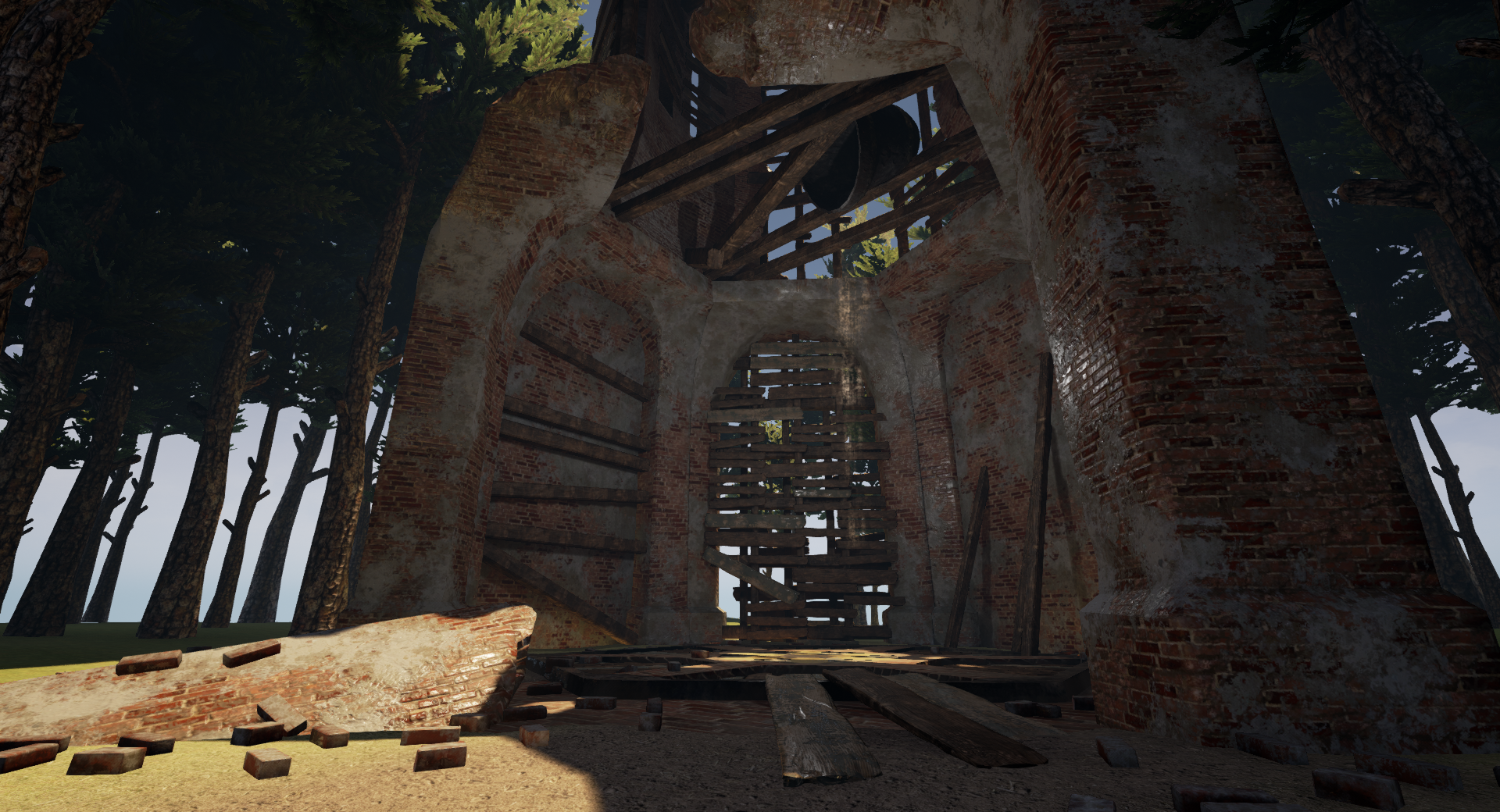 In this shot I only did some post process effects and filled up the scene with more trees.
This was the shot I send in for grading.

The feedback received on this was that the scene looks cools but that the camera kills it all.
So I went on and adjusted the camera angle and added some grass to fill it up. 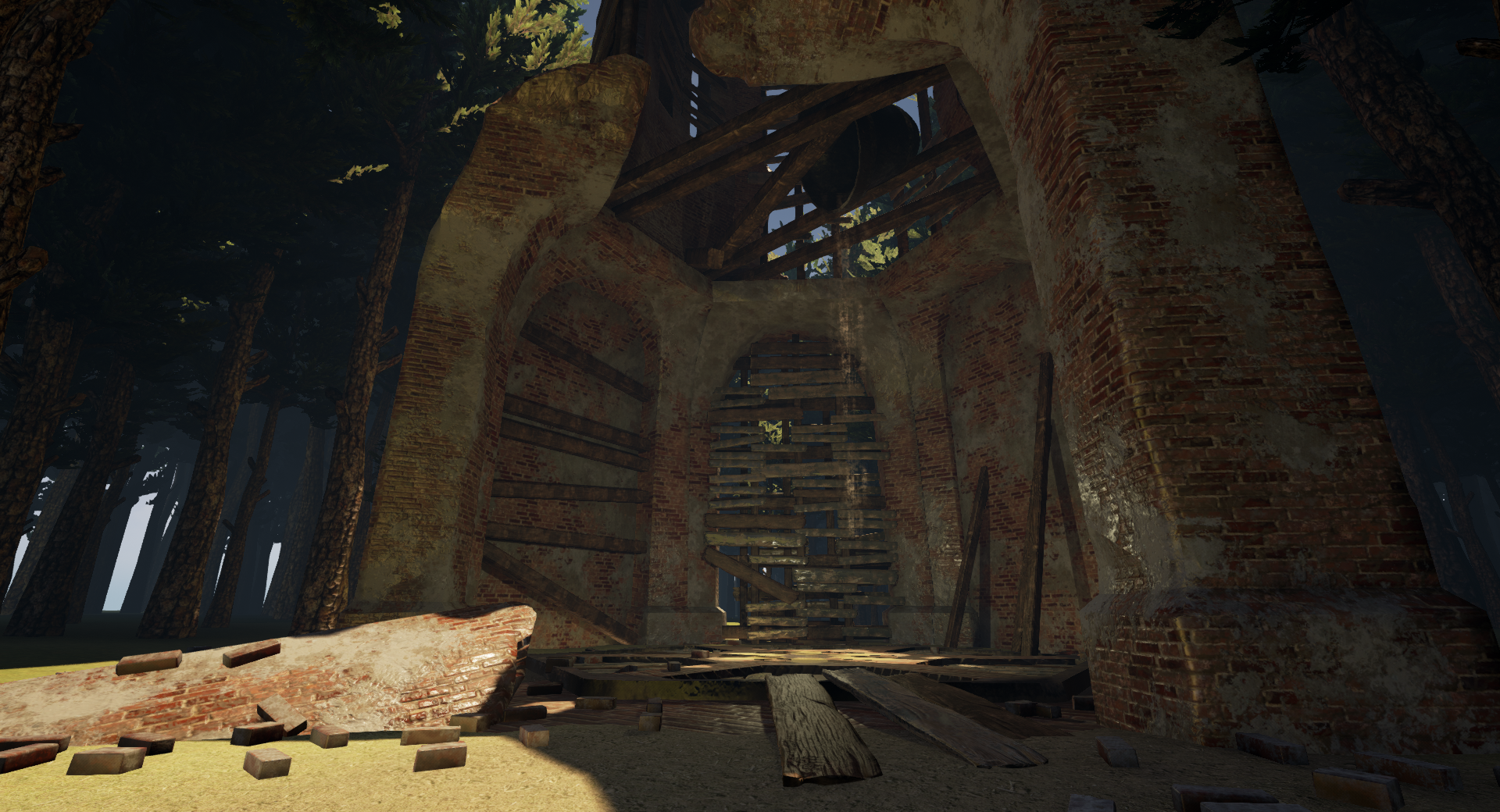 Added some grass. and more bricks on the ground, but after a lighting build the grass/bricks were still a little off.
And the grass didnt feel right.

And with this I am calling it done.

But never the less, if you have any comment or feedback that could push this piece even further, then please say so.