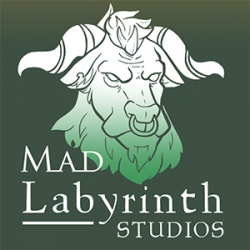 MadLabyrinthStudios
Offline / Send Message
Pinned
MadLabyrinthStudios
Dec 2015
Hi I'm a 3D designer with Mad Labyrinth Studios, while I might not post here, I do browse the forums a lot to see everyone's wonderful works. I've just launched a project on Kickstarter & Greenlight called TREE HUGGER, and I was hoping some people would come out to support us.  As this is a learning/sharing environment I'd be happy to answer any questions that people have about the modeling/animating/texturing etc that I can!

TREE HUGGER is a Counter-Style Tower Defense game where you command troops instead of building the towers. You gather resources and build up your base to send waves of forest creatures to destroy the towers your enemies have built.
You are a powerful Druid, Caedmon Mariadec, who is fed up with the medieval Kings taking over and destroying your lands. Fight and get your land back from these corrupted kings! Cast spells, recruit mercenaries, explore different biomes, find hidden objects, push your luck at the wishing well, but most of all, destroy towers and kings with your own armies!

The game is filled with unique units and buildings.  Unlike the typical tower defense your focus is on building up your base and sending out troops, so we've made 12 unique units all with their own personalities and animations, and 16 buildings to go with them.

If you want more in-depth looks at the creatures or buildings check out our website or the facebook!

We are using Unity3D engine for the game and Blender for the modeling, texturing, and animating.
0 · Share on FacebookShare on Twitter
Tagged: