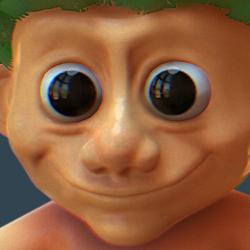 Currently my university assignment is to create something based off of a current company and to see what they are looking for in terms of skills for a job.

''I have decided on creating a character based on World of Warcraft, the character will be designed for a zone that does not exist but has been mentioned as a possible place in later expansions called the south sea. The current idea is to create the leader for a pirate brigade from this region. This character is going to be a twist on normal themes as the leader is going to be a Night elf, who are normally all about nature and magic, who pursues riches and rare creatures using goblin technology.''

I am opening this thread to show the progress over the next 2 months and to hopefully get some constructive feedback. If all goes well with the project, once the final concept is done ill move onto creating a WoW style model in 3D.