Who here likes free apps that do insanely rad things? If you said no, then you're a liar! For everyone else, prepared to get your mind grapes blown by this awesome, fandangled, normal mapping tool for Photoshop called nDo.

More after the jump.

Yesterday at about 10:43am (PST), teddybergsman posted a thread in the Pimping & Previews forum that caused quite a stir and also caused a lot of jaws to drop. With his first post, he became an instant legend in the Polycount community by sharing his normal mapping toolkit called nDo.

nDo has a wide variety of normal map creation features, which gives the user great control to create quality normal maps all within Photoshop in a simple and easy to use script.

nDo has the basic features of converting your colour map into a normal map, but with far more control than most of the other normal map generators. Not only that, but you can create normals from selections (marquee, lasso tools), paths and you are even able to rotate/skew/resize/flip elements using the transform tool while still maintaining the correct normal information. Better yet, you are even able to "sculpt" your normals using the default brushes as well as your own custom brushes!

To witness the power of this awesome tool, here are some images of normal maps created by PhilipK using nDo. 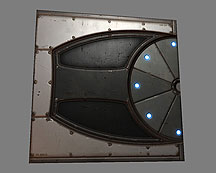 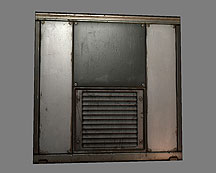 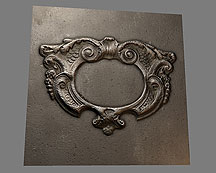 PhilipK has written and hosted an in-depth tutorial explaining all the features of nDo and how they work. Also available on his site is the actual tool itself. This is a must have tool for anyone, and you can't pass this up because it's free!