It's.. Monday, if the title didn't give it away, and inside will be a bunch of jibberish to meander over while you futz about getting some pants on.

Last Friday my wife and I drove down to Seattle, Washington from Vancouver, BC to meet up with a bunch of Polycounter's in the area. This event was a long time coming as we can be an indecisive bunch when we want to be. In total, roughly 12 people showed up and it made for an awesome event.

Special to me, as I worked with them on the Polycount Pack, were our 'special guests' of the night Robin Walker and Jakob Jungels of Valve. The two of them worked with me on getting this contest set up, getting our due dates set, and making sure it was ripe and ready for when we launched the site back in May of 2010.

I had a blast that night, as I always do with the Seattle crowd. He's hoping to some future meet-ups in other cities! 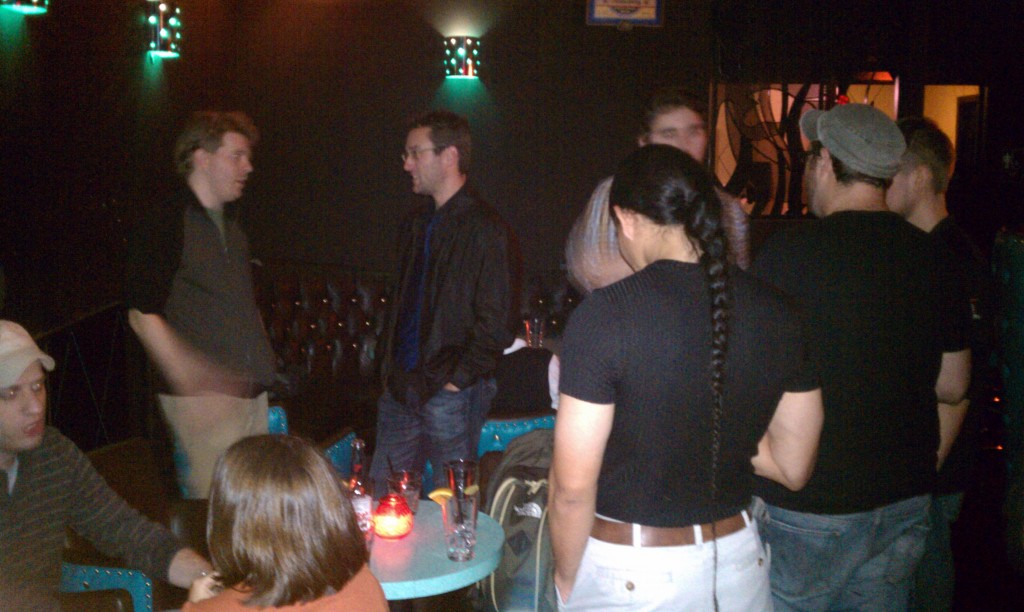 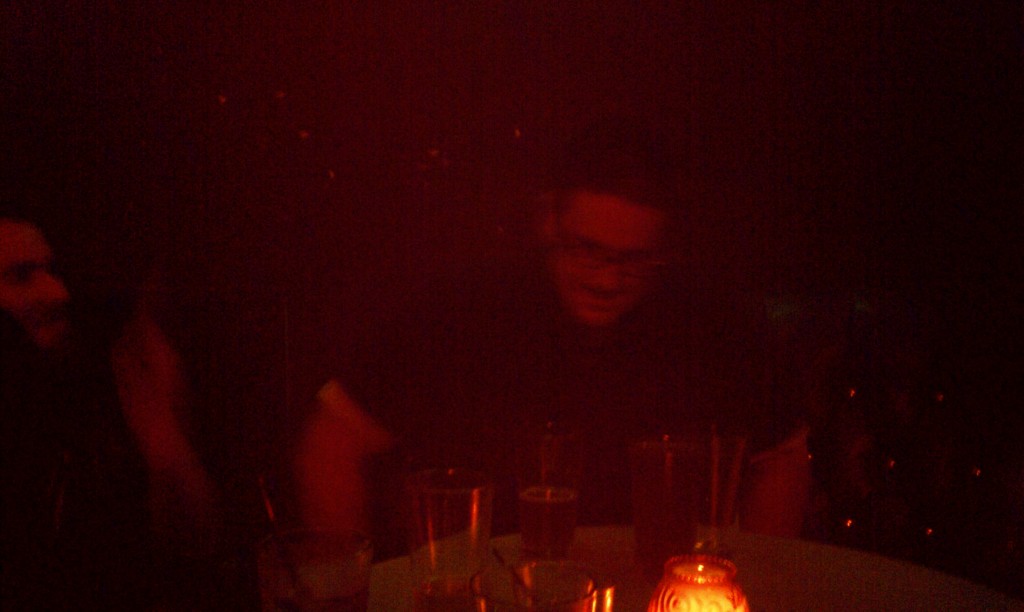 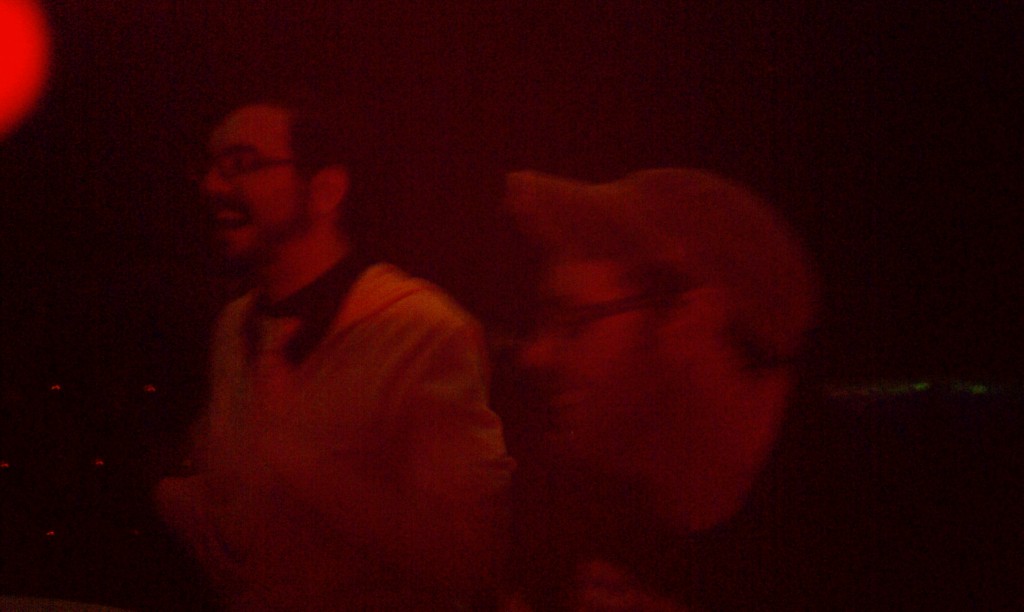 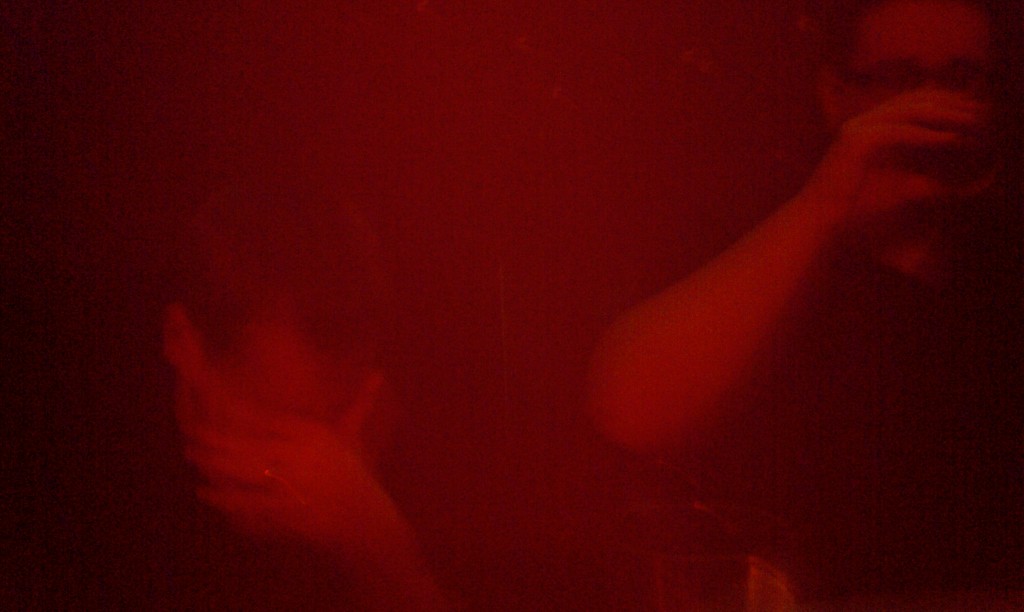 It's been mentioned here on Polycount News a few times now, but I wanted to take a couple of minutes and talk about why I personally dig it, and still play it a year after purchasing it. Minecraft is, without a doubt, the quitessential sand-box experience in a videogame. The only objectives in 'SMP' (survival multiplayer, its main mode) are the ones you create for yourself. Much like building marble slides or castles in a sandbox as a kid, the objectives in this game come from your imagination. The server I play on regularly is one of Shacknews' unofficial servers. Here's a recent angled render of the server. Everything on there - EVERYTHING - besides the terrain, water and tree's was made by other players. Up to 16 people at once have to mine, craft or smelt these building materials to build what you see on that map. Including the famous Penis Island. There's something about a collective effort to build and maintain a server such as this that is almost... romantic.

If you can find yourself a Minecraft server that is based on respect for others people work, where new comers are moderated so that they cannot grief other players, I would suggest you call it home.

Later this week I'll be posting an article written for Polycount by Nick Halme, a contributor to sites such as the Escapist, Kotaku and Gamesetwatch. In it, Halme talks about the relationship between gameplay and art, and what influences they have on each other. As an artist in this industry, you're often working on something to support the design of the game. But can the art of a game ever influence design? Here's an excert:

Doom didn't really have art direction like we think of it now.  The games of that bygone era were driven by technical restraints.  In Andrew Hutchison's essay on Game Studies, Making the Water Move: Techno-Historic Limits in the Game Aesthetics of Myst and Doom, he describes how the two games had made vital tradeoffs.  Myst had beautifully realized environments -- but it also operated, play-wise, as a point-and-click adventure.  On the other hand, Doom sacrificed graphical fidelity for first person shooting.  When these games were made, people just didn't have the space to think about things like communicating game mechanics through art style -- they were focused on making the damned things fit on however many floppy disks and run on your 66MHz processor.

Look for this to pop up some time this week. I went over the first draft already, and its a great read that raises a lot of great points.

I woke up this morning feeling as though I had more interest in saying something than posting videos or music. And now that my coffee is kicking in, I should probably go and get some work done!