Hey kids, another week down and hopefully it was a good week at that. We had a few birthdays at Polycount this week (I'm sure we have a bunch every week too), a lot of great discussions and most importantly a lot of great art.

A summary of what to expect in this weeks re-cap:

Once again, I'd like to thank Marine for contributing his diligent research skills in helping us find these gems.

If you missed the Boss Battle Challenge over at CGSculpt, you definitely shouldn't miss the entry by Mrskullface titled "The Rot". Check out his thread to see more of this giant bug, yet oddly sexy girl... thing.

I hope he takes it to the next level and we get to see a game-res version fully textured. HAWT BALLS!

As most of you know, Bungie recently released Halo Reach and our resident Polycounter (and Bungie employee) IronHawk graced us with an art dump pimping some of the assets he created for the game.

There's some really solid work in the thread and if you check some of the wireframe shots, the liberal use of decals to break up the symmetry should give you some ideas for your future projects.

Maybe if we hassle them enough, the other Polycounters that worked on Halo Reach may post some of the work they did.

Now for something fresh! Mouthwash fresh!

thefrisbee, one of our more newer members is developing a western themed side-scroller game. It's not not the usual kind of game art we see at Polycount, but the art has tonnes of style and that's what we like to see at Polycount.

Check out some work in progress animations here.

A big fan of Bruce Willis? Well you'll be a fan of the sculpts by ZBrushCentral artist -Gemin-. Check out the stylised John McClane from the film Die Hard and a more realistic approach of Harry Stamper from Armageddon.

jrbarton joined CGHUB a few days ago and has already dropped jaws with a model of Disney’s greatest villain, Maleficent. The renders are very nicely done, having a painted feel to them. The other piece they’ve shared (a female UFC style fighter) has a similar feel and is worth a look at as well.

At IDF this year, Havok were showing off their latest physics demo, kicking things off with a slick real-time cloth simulation. It looks so smooth and I'm looking forward to seeing more of this kind of stuff appear in video games.

Then we have an ending to the video that Michael Bay would be proud off. EXPLOSIONS and DESTRUCTON! Even with real hand-held shaky cam too :P 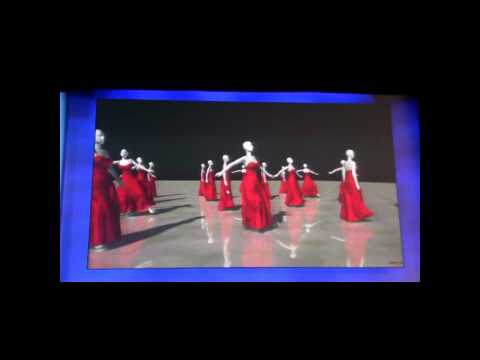 8BITS is… insanely awesome. It was originally posted in this thread by ZacD. In case you missed it, here it is again!

Last but certainly not least, we have an amazing short titled Salesman Pete. Such a great style that makes 3D look 2D and 2D look 3D... Brilliantly hilarious and it oozes so much style, that if it were toxic and I were a turtle... Great things would happen!

Hope you all have a safe weekend and see you all again next week. Peace out from the Polycount Crew.