So, in case you hadn't heard, those nice people over at 3Point Studios have released a shader that will make your normal-maps look amazing in 3ds Max! Since the middle of June, it's been available in a free "lite" flavour, but as of yesterday you can now purchase the full plug-in, including a fancy UI for the shader interface. 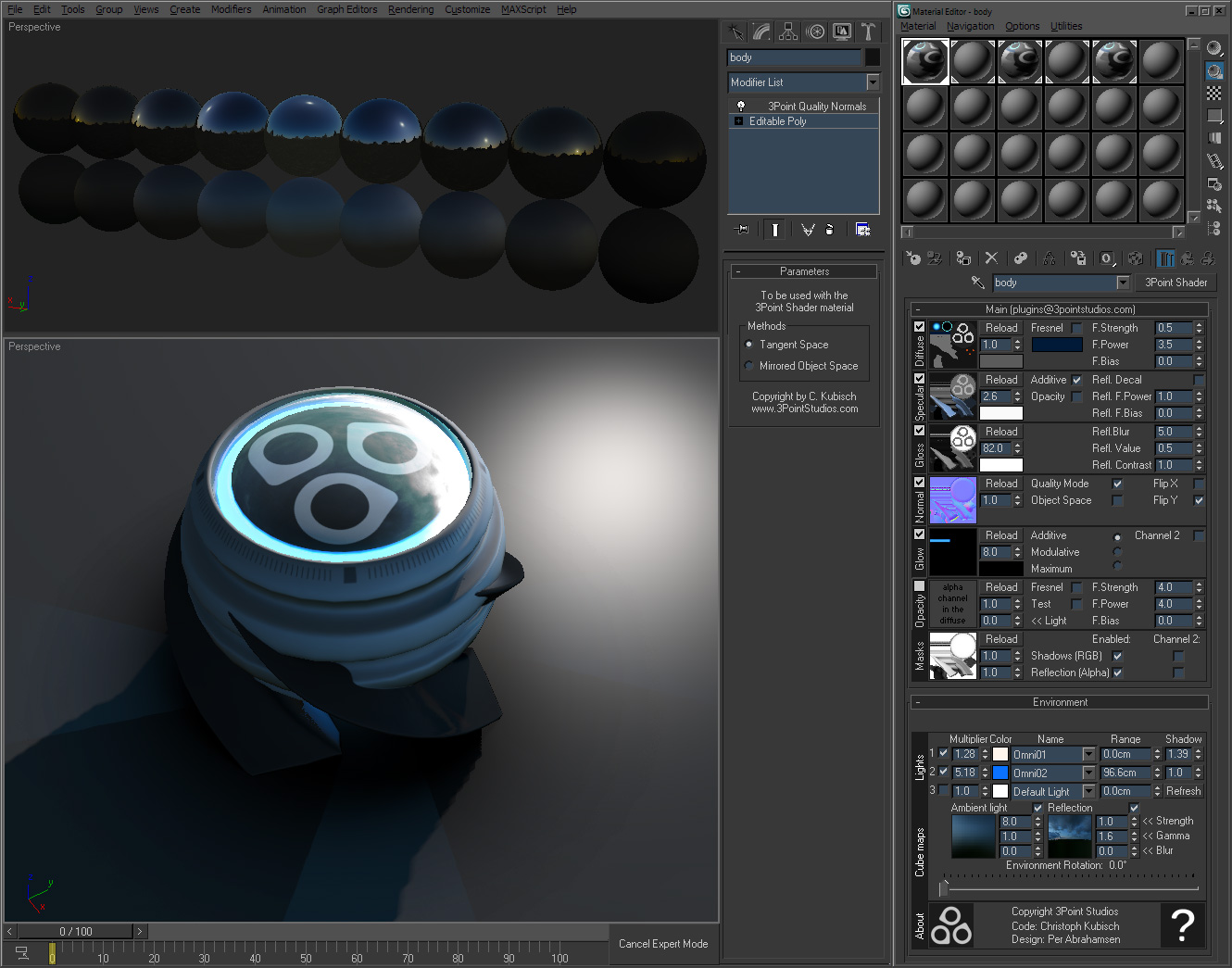 3ds Max has a bit of a discrepancy when it comes to baking and displaying normal-maps. If you want to know more, there's a whole thread on the subject!

So, rather than sitting idly by and making do with sub-standard viewport shader display, a bunch of Polycounters (who also happen to be part of the 3Point Studios team) got to work on a fix for the situation. The result is the 3Point Shader for 3ds Max.

As you can see from this image that Pedro Amorim posted in the 3Point Shader thread, the difference is really noticeable, especially for complex technical normal-mapped surfaces.

Even better, they're currently offering the full shader at less than half price, $48 instead of $98! It might sound like a lot, but what price can you put on consistency and quality?