Drawing on the Apple iPad

Whether you're a fan or not, I am sure you've been wondering if you could use the iPad as a tablet.

After seeing this video, it looks like the answer is a 'Yes'!

Using a Pogo stylus, a glove, Sketchbook pro and Brushes, YouTube user LatinVixen demonstrates how those 4 things combined make for a pretty convincing tablet solution out of the iPad. 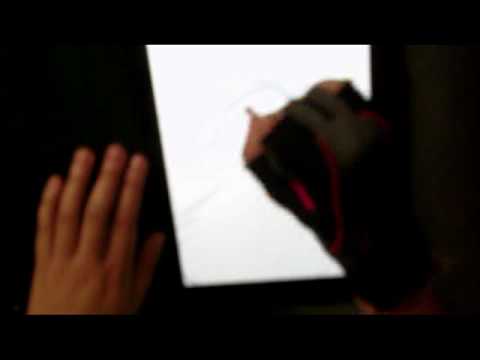 A lot of game artists didn't get on with the iPad because of its lack of functionality in this regard. With that said, it's nice to see that it is possible to use one for such a thing.The draw backs being that there's only about 4 levels of sensitivity (you get around 1024 levels on new Wacom tablets), and the Pogo stylus' are broadly shaped (like a finger) for the iPad and are not narrow (like a stylus) for a tablet PC.

However, if you're after something for those casual sketch sessions and were on the fence about an iPad over this issue than perhaps the above video will help you make an informed decision.

What do you think? Would you use this setup to sketch with over a book and some pencils?