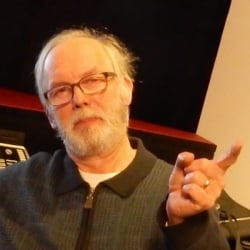 animagical
triangle
Offline / Send Message
animagical triangle
May 2015
I finally have the time to start a WIP thread for my contribution to this contest.

First an introduction. Even though my forum handle is "animagical", I'm actually know as "animagic" over at the RL forum. My specialty is making animated films using iClone, which I have been doing for several years.

I am not a modeler, so I usually use assets and characters developed by others. If necessary I do make changes. For example, I always personalize my characters by creating a face map for them, which is something you can do from within iClone. The companion product 3DXchange, lets you import and convert external models. I use the mostly for props, buildings, and vehicles. 3DWarehouse is a good source, although the texturing is sometimes problematic and it is necessary to tweak the model in SketchUp. I also use Sketchup to create separate components for various parts of the model (wheels and doors of a car for example). In 3DXchange these can be converted to subprops, which will be visible in iClone and can be animated. Otherwise, all you see is a single mesh.

I will talk about this some more with examples as we progress.

As to the contest, when I was first notified about it, I thought that it would be interesting and challenging. Challenging because I know little about games and I don't play them. Interesting because I would have to learn about games while working on my project.

With valuable input from my wife, I came up with the ideas of a story. I do know about stories, as that is the point of filmmaking. The difference with game stories is that those are non-linear: choices along the way influence the story line. Simple example: you get shot and you're dead: end of story. In a film story you try to keep your protagonist alive. He or she will suffer, but work through the problems.

I read about game categories and I think mine would be an adventure/science fiction game. It is definitely not a FPS game. And science fiction is to be understood as classic science fiction where the writer tries to envision a world far away, which we explore, meeting challenges on the way to keep things interesting.

My lack of familiarity with existing games meant that I had to think of a world where the action takes place. In my imaged future, space travel has become feasible and fast and adventurous types have started to venture out to explore the possibility to colonize habitable planets. Many expeditions brought out merchants or mercenaries or both. Others were more idealistic and wanted to created a world that was an improvement over life on Earth.

One of those was Zhakharus Khenton, a visionary philosopher, who had made a lot of money as a successful business tycoon.