JO420
polycounter lvl 16
Offline / Send Message
JO420 polycounter lvl 16
Apr 2015
So hello again, I been in a weapon making mood recently and luckily I have some free time on my hands. I figured it would be fun to make something new. I figured a Claymore sword would be fun, so that's what I will be making. I wanted to add a twist to this weapon, beyond the weapon skin itself. So I figured it would be fun to write a small legend related to the sword. Why? Because the legend would explain the appearance/make of the sword. So here goes.....if you don't feel like reading you can skip to the description below.

High above in the Highlands, Robert McDouglas, a lord to a failing house has just taken the oath to go on crusade. His house,however proud it may be is close to extinction and this lord has decided that the only way to save his clan,is to go on crusade and perhaps find riches from plunder. He leaves his manor and spends the next two years campaigning in the holy land. However disaster was to meet this lord, when the army he was at the head of,was ambushed by an army of nomadic desert warriors and the crusaders suffered a crushing defeat. The only survivors were the nobility, who the Sultan would ransom them back to their families. Lord Robert however, was from a near bankrupt family,so no one ever came to barter for his release. He is the lone prisoner left in the palace and after many years the Sultan summons this forgotten man to his throne to meet him. Robert describes his hardships to the Sultan and out of pity he frees Robert. Robert has no place to return, so he begs the Sultan to stay in this country and live out his remaining days in peace. The Sultan grants him this wish and out of curiosity he begins to get to know Robert and over the years they learn much from each other and become great friends. They knew each other for decades and when they were both old men, Lord Robert, the Crusader died in the company of his great friend the Sultan.


Back in the Highlands, the legend of Robert had grown over the years and some even said that Lord Robert McDouglas would come back to his clan, in their time of greatest need. His Grandson Robert III was now lord of the McDouglas clan and one night, his house received an unexpected visitor.


This visitor was dark skinned, from foreign lands and as far as Robert III could tell, he traveled all the way from the holy lands. This mysterious man carried a package intended for Robert's descendants.


Inside the box, as a token of his friendship to Robert, the Sultan,took Robert's old Claymore, discarded the old rusty sword and in its place,he forged a new blade, made from Damascus steel. All of the parts of the sword that rotted away were replaced by elements familiar in the Holy land and the sword is a mix of east and west, a symbol of these two men's great friendship,despite their differences.


So thats the design, a claymore fitted with a Damascus steel blade. The sword will be unique in design,interesting and hopefully seen as something completely plausible in the time of the Middle Ages. 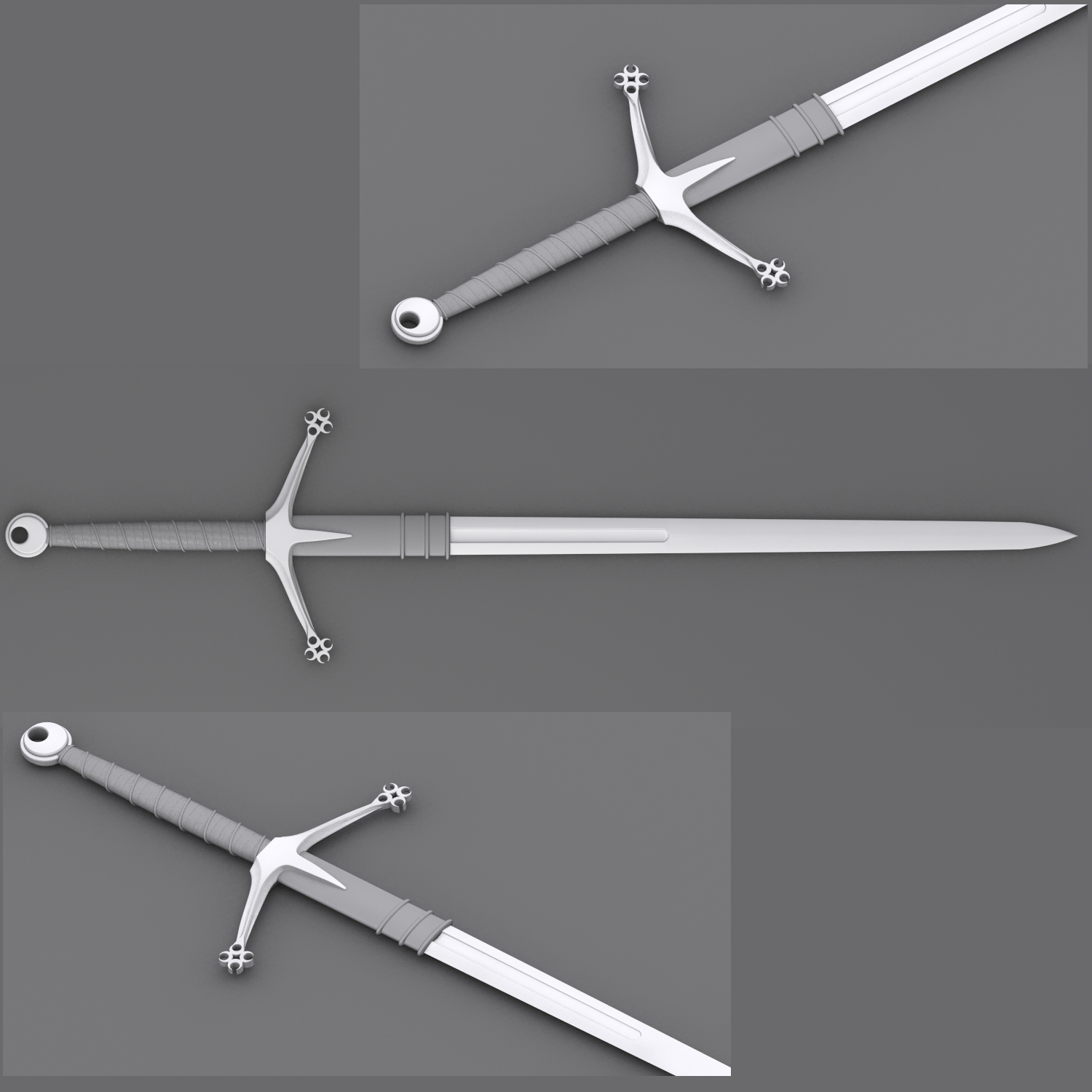