dralex789
polycounter lvl 7
Offline / Send Message
dralex789 polycounter lvl 7
Mar 2015
Hey folks, I just wrapped up my most recent lighting study in UE4 and wanted to share how it turned out. Been building it up and testing some techniques for a while and while there is more to come this version is more or less done (seasons and weather coming soon though).


Updated with the newest version of the forest

Hey guys. Been a week or two but I am pleased to share the most recent version of the forest. It's not so much a new time of day or weather but I wanted to really push for something difficult. As of right now I'll be taking a few days break then getting to a breakdown that shows as much as I can.

With this one a video is probably a bit better to watch than looking at pictures. Also I had a massive night mare dealing with compression so for those curious here is a much nicer version of the video at around ~70mb (I highly recommend this link over youtube) 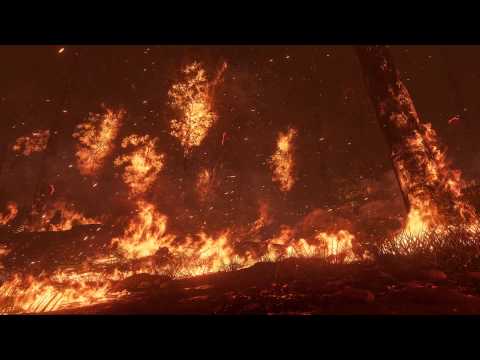 Update! People wanted a video so I spent some time and got something done quickly. Next update Ill add some textures and stuff Update #2! Breakdown added at the end! I couldn't fit it all in here!

People asked so delivering at least part 1 of a breakdown for the forest day. Went into quite a bit of detail so I wont add much in text but I will add some. I will definitely be doing a 2nd breakdown of the forest fire but that will take quite a bit more work and I don't quite have time at the moment. Will be at least a few weeks for that one.

Lets start with some textures. For the most part, terrain and tree/rock textures were all built with displacement via tessellation and vert blending in mind. While not every texture had a proper roughness map, most were approximated using in game values. For reasons I'll go into later on other versions of this forest, I was insanely limited on texture space so every material had to fit a large amount of masks in only 3 textures. I also discovered that height for blending did NOT make good height for displacement and had to separate those 2 out. Every material except for foliage had an option to use world space blended textures instead of traditional UVs and could be tweaked, tinted, and adjusted in quite a few different ways.

Below are the main textures I used for terrain and rocks. For rocks specifically I went with low detail of large shapes because I knew I would use geometrey for form definition and vert painting between material types to create variation. I tried to stick with photosource for most of these but there was quite a bit of hand work done in places to keep the visual fidelity high.

Finally my end game takeaways from my terrain and rock texturework:

-I loved some of the detail that came from the photosourcing visually
-When it worked correctly the tessellation was a huge boon to the final visual quality of everything
-Tessellation just doesn't matter that much at a distance. Cant rely on it for ground breakup the same way you would up close without destroying performance
-Base geometrey detail matters for tessellation. I had to tessellate my ground plane VERY specifically to get the detail I wanted in the places I wanted
-Vert blending was as always an instant win for ease of use and variety
-For tessellation small shapes pretty much don't matter, but height variation for stuff like dirt is useful to add interest to the ground plane
-Photosource normals won't ever be as good as zbrushed or hand made textures without lots of custom work but it can be done

Up next shrubs! Not much to say here. A mix of photo source and using custom geo either rendered in Maya or SpeedTree to get good base textures. The grass was a ton of work to get to where it was but I would have loved it to be more photo realistic. And now trees and tree bark. The bark had the option of vert painting 1 extra material and I took advantage of that specifically with the birch trees. The trees took a ton of R&D and I'm still super pleased with the beech trees. That being said the images explain themselves so I'll keep this part short.

Finally the foliage rendering. Below is a comparison as I added features and tweaked lighting on a single tree. Not everything I did was required for final image quality and while I used realtime LPV's in unreal, I got similar results with other techniques if performance is a potential problem.

Anyway, that about wraps it up for part 1. I'll be around for questions and a link the imgur gallery is here: http://imgur.com/a/fHBNK

I learned a metric ton doing this and hopefully someone else will too. On to the next project!