si-man
polycounter lvl 5
Offline / Send Message
si-man polycounter lvl 5
Aug 2014
Found this challenge quite late on but liked the theme so thought I would try and put something together in time!

I like the idea of a grounded battle battle ship for a level design, and so made this the main direction for my concepts. It would encapsulate the sci-fi and ruin aspects of the Unreal Tournament themes.

The first elements I wanted to nail down were the look and feel of the ship itself, and so started off by wipping up a few quick designs to get me started. 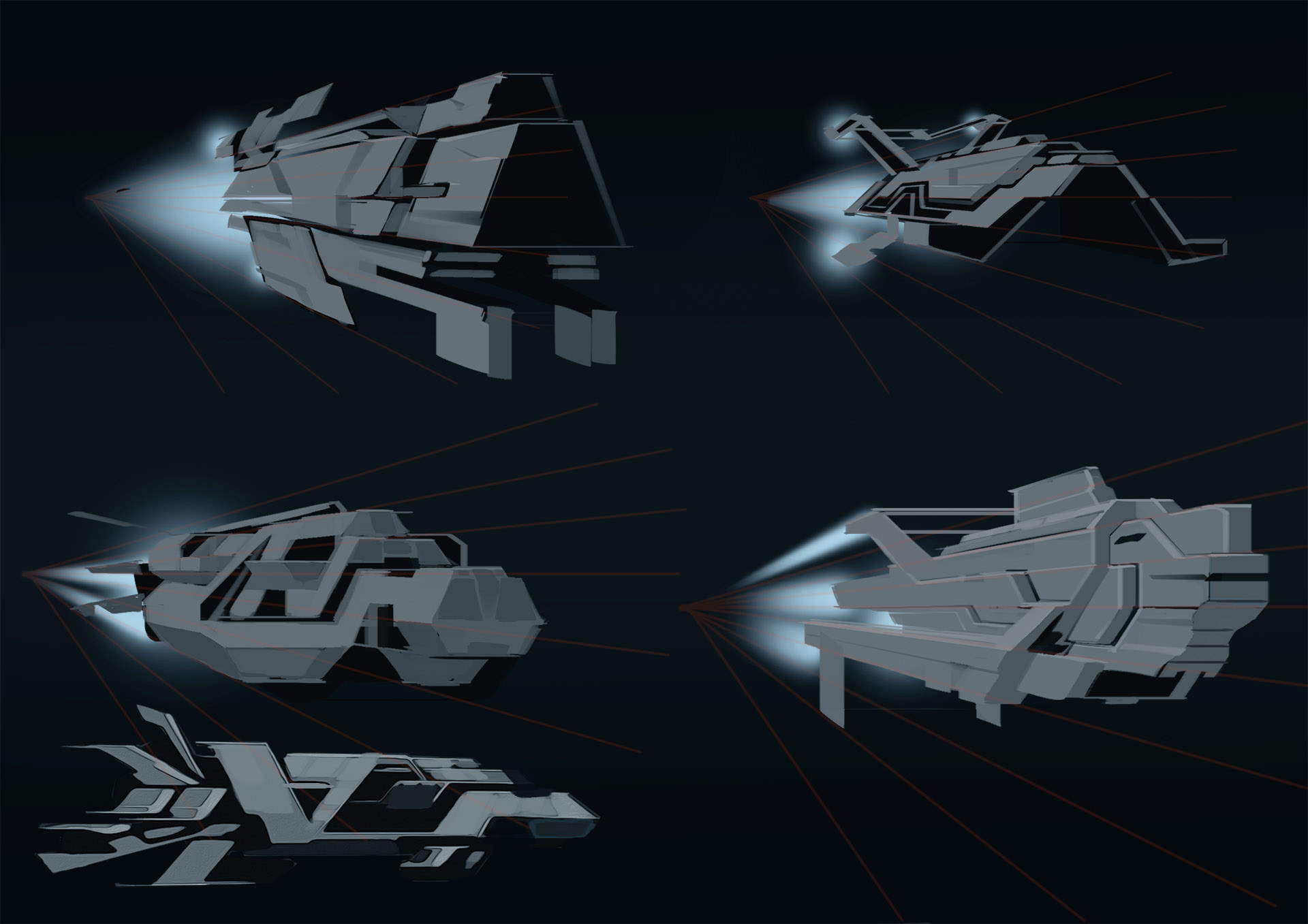