Narlyteeth
polycounter lvl 5
Offline / Send Message
Narlyteeth polycounter lvl 5
Jul 2014
Hello Polycount. It's been a while since I've posted here It's been more than a year since I left Lukewarm Media working as a 3d artist for Primal Carnage (Art Thread Here). I've been working on a personal game project for the past few months, and it feels great. I was originally building the game in UDK but the switch to Unreal Engine 4 was surprisingly quick and painless. My new game project is called "Nelo" and it's all about the fast pace action. It takes inspiration from great cyberpunk themes and retro style twinstick shooters. You play as a race of aliens, the Tono Gians, who are at war with their AI creations, the Nightsite. both factions are racing to find resourceful planets to live on. the player is stranded on a the planet Plemniba, a planet that once had a civilization but is now a home for the Nighsithe, so It's very hostile for you to live on. I want tell this story with a short campaign(which is prototyped, just not ready to show off), but I'm also putting focus on Objective based modes that can be played and enjoyed at any time. The two modes I'm working on now is a basic survival mode, and a mode that alternates between king of the hill and tower defense.

Your character can move very fast, and is armed with four floating mechanical hands that can wield four different guns at once. the hands being wireless controlled lets them move independently from the character's body. You can seamlessly switch between a third person action mode, and a top down twinstick shooter mode. You can also use your hands for ranged melee attacks.

The game is just being made by my fiance and I who both worked together on Primal Carnage as 3d Artists. And my friend Kevin Greenlee is working on the music 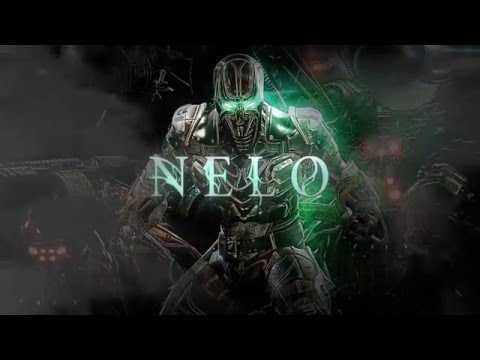 I'll be posting some of my art, and my fiance's art, on this thread.
Our official site is.
www.nelogame.com
and our IndieDB page is.
http://www.indiedb.com/games/nelo
0 · Share on FacebookShare on Twitter