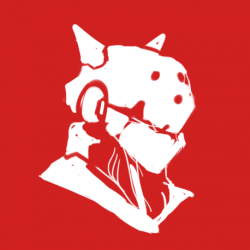 I was overscoping on all of them, then i had this idea. Everything is falling into place like it was meant to be. The idea is about lowering scope as much as possible. I'm taking a step back from high-res art because it takes literally 3-5 times as much time to do the animation.

I'm programming this game in MOAI again, but this time using a proper framework instead of making my own.

So far you can think of it as a cross of a RPG missile command, crossed with dragon ball z on a tiny traveling planet made of gold.

Tech wise im rendering everything to a texture and double scaling it with nearest neighbor to actually preserve the pixel grid properly. I'm also constraining rotation angles of sprites.

Which you can see here.

Because i am also doing character customisation with 2d art, which is traditionally a BITCH. I am trying to be as smart about it as possible.

The character will be split into 6 animated layers.

and on each one they are all drawn with a specific palette, which i am then going to be using a shader to palette switch each asset via using little 1x4 pixel images to define colours.

I am also constraining the amount of frame i animate, as ever frame i add will mean drawing that same frame 50 times extra. (assuming 50 clothing sets for example)

Attacks are all dragon ball z style so no weapons. But instead will be like laser energy weapons, so maybe like laser ki swords or something. But that just means i don't need to actually animate them on the character and instead are seperate effects.

I also want your little planet called a treasure star to have upgrades, and things you can change about it.

Other things im doing include full localisation to start with. I just started learning japanese, so i thought it would be cool to implement that with what i do here. so i already set up my dynamic string tables and fonts system

Also i started working on the first music track too.
https://soundcloud.com/murry-lancashire-muzz/gunstar