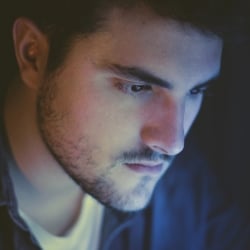 I've just finished my degree and now it's time to do a complete character design. Whereas this is not my first 3D character, I've never done a complete "walkthrough" to the whole process (Concept Art + HighPoly + LowPoly + Textures) so I'm pretty excited with this project!

That's why I'm opening this thread, because Polycount is full of knowledge and experience and I really need a bit of that. I'm willing to get a good portfolio piece, so comments and critics are very appreciated and DEMANDED

Overpaintings are also great.
Now let's get down to work

Here I did some thumbnails in order to figure out the character: Now that I have the general idea, let's throw some color:

My favorite one is the C (blue & pink), but I can decide... Suggestions?
0 · Share on FacebookShare on Twitter