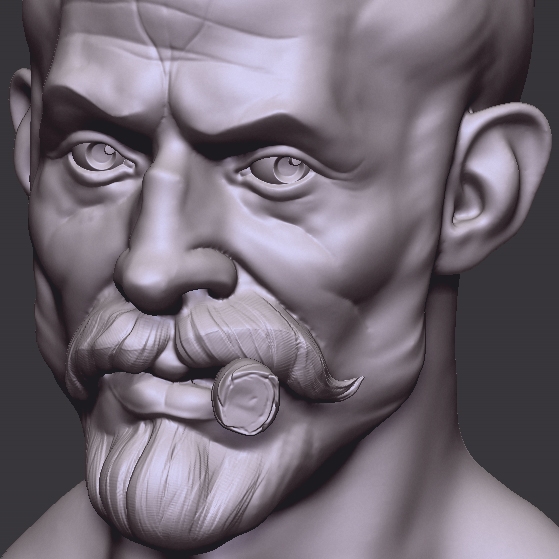 Hey polycount, another thread another project.

A little while ago I was rewatching Bladerunner for the hundredth time, any decided I wanted to have a go at making a sort of grungey cyberpunk character. Gonna be working on a lot of little gadgets and accessories next, kind of want him to appear to be a one man team so that'll include future style csi equipment and what not.

Badge is placeholder from an old unfinished project, lots of things left to do and any feedback would be appreciated, cheers!

Closeup on the hands, still have no nails and are early on obviously, as is the head