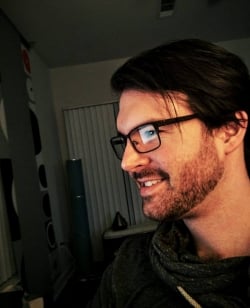 I haven't posted anything in a super long-ass time, mainly because I've been trying to get to a point in this project where I feel confident enough to show you what gameplay is going to look like.

I started the Cyberstrike project (Now titled "Zero-Day") back in May as a means to learn how to program with UDK and UScript. Since then I've had to get help from several people on achieving what i've done today... I owe a huge amount of thanks to the guys in gamesurge.net's #UDKC IRC channel, and I owe a special shout out to James Tan for helping with several problems along the way. I know the project isn't done and is still a long ways to seeing completion, but i wanted to give credit where it's due.

So What is Zero-Day?

In Zero-Day, you play as a computer hacker using a program that visualizes computer systems and networks, with a visual style similar to what Ghost in the Shell's vision of cyberspace is. Because of this, most of the abilities, enemies, and environments are themed around cyberpunk culture.

The goal of the game is to infiltrate a computer system that contains an advanced A.I. that is censoring vasts amount of information and media. You'll have friends join in your attack along the way, as well as face surprise threats from the "Cyber Police" (lol) and other interesting enemies.

Purged programs will have a chance of dropping "Source Code" snippets that you can collect and trade in to fellow hackers in exchange for updating your player program which will make your abilities more powerful. It'll work similar to a skill tree.

That's all i'm prepared to talk about right now, since the project is still heavily malleable and subject to change.

Below are some pictures and video! Comments and Critique are welcome, but keep in mind this is a huge WIP. I suggest watching this video in HD 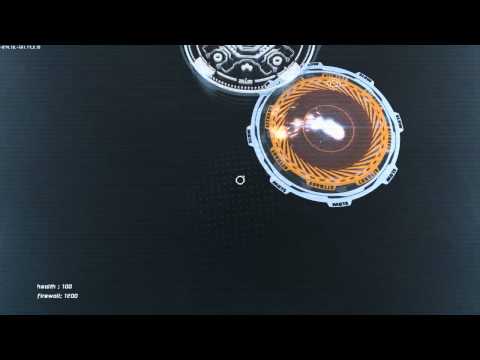