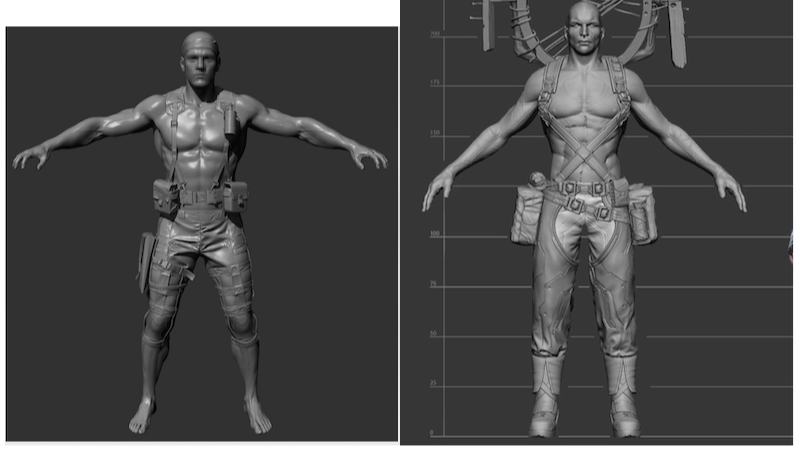 If you are sculpting a character in Zbrush intended to be used in a video game, should the figure be in a T Pose with arms spread far apart like the guy in the first picture or can they be slightly lowered like in the 2nd picture?