Author: FredCM
Home› Unreal Engine
Automatic "Save Draft" has been disabled temporarily. This means comments are not being auto-saved as you type.

Bonsparks
Offline / Send Message
Bonsparks
Dec 2020
Can anyone help? I haven't used Unreal in a long time, and I'm struggling.

I'm trying to get my meshes from Substance to Unreal, but after setting up the material, it has extremely strange lighting, and looks completely different to how it did in Substance. You can see that Substance's lighting was clean and uniform. But Unreal's is all over the place. When I view the mesh in unlit, it's fine, but no matter how else I arrange the lighting, it looks like the image on the right.

BTW the image from Unreal is in the Blueprint editor.

Anyone know how I fix this? Is it my lightmaps? Is it my UVs? My texture imports? I've tried looking online for advice but I can't find the same issue anywhere else. 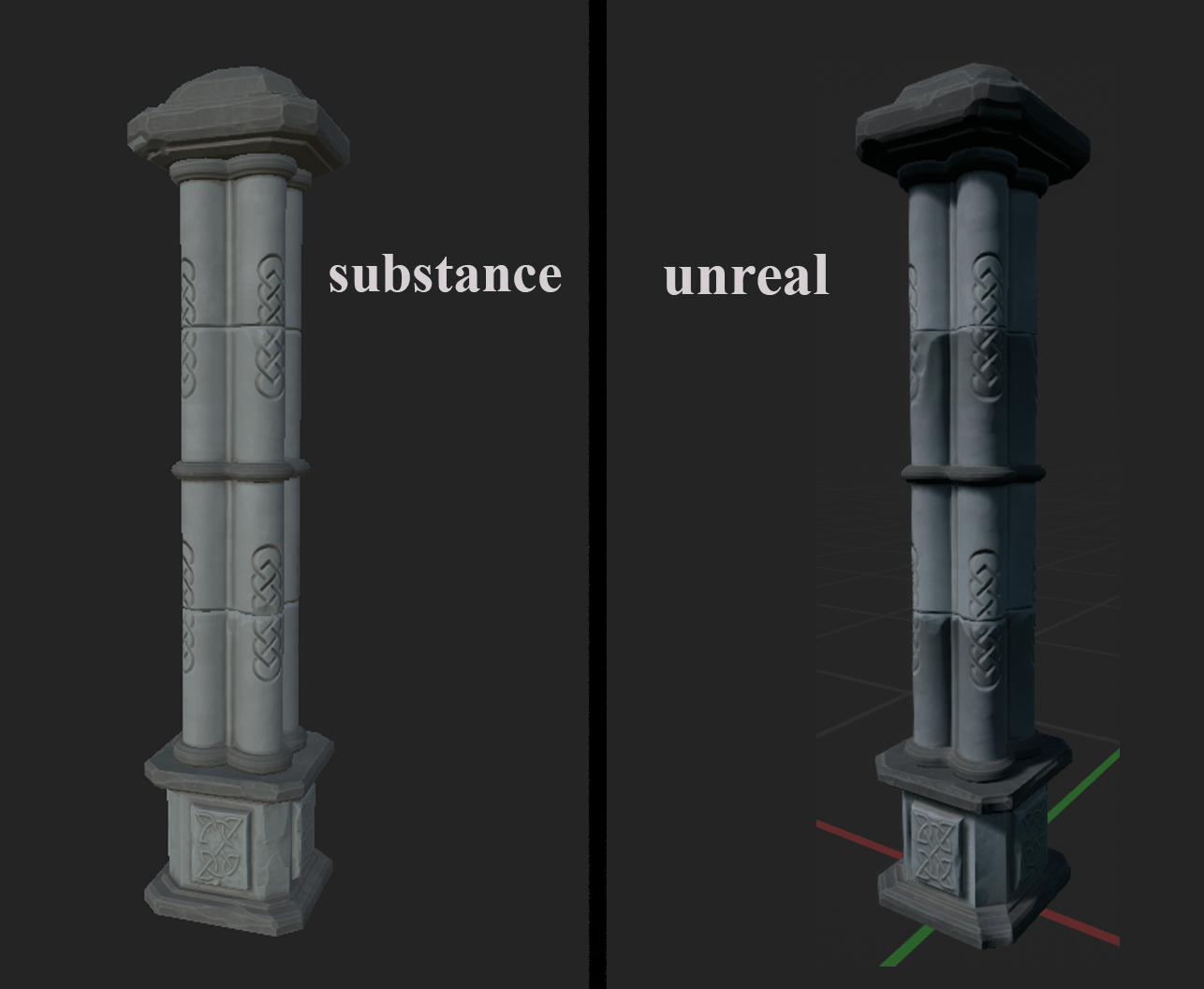