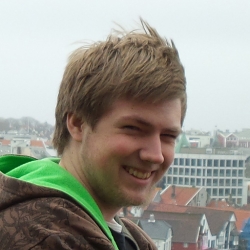 For the past few months I've been working on a dedicated website for all my HDR panoramas called HDRI Haven. In preparation for its launch next week, I've got a little gift for you

Usually I only give away small HDRIs (2048 pixels wide or less), but this time you can have five giant HDRIs (16384 x 8192 in resolution). All of them contain the highest dynamic range possible, meaning they'll give you perfectly realistic lighting right off the bat without requiring any complicated node setups.
Download them here

And some test renders done in Blender to show the lighting that they produce (the HDRIs are the only light source, the node setup is simple): PS: Sorry for the email form thing, Gumroad is the only decent platform I've found that can host these giant files for free without any kind of annoying speed limiter to get you to pay for it. And no, Dropbox and Drive don't work reliably as hosting platforms, not at this level.