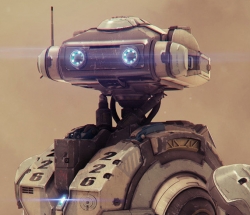 wester
polycounter lvl 13
Offline / Send Message
wester polycounter lvl 13
Apr 2013
Although I don't work there as of a couple months ago, I wanted to bring attention to the recent layoffs at Highmoon Studios (Activision). I owe alot of the stuff I've learned to some of the artists at that studio and this news breaks my heart. I was there for 3 years and I met some of the best and most talented people I think I will ever meet.

I really really hope that every single one of the people laid off today will find something good and stable.