I've started working on a new environment portfolio piece where I want to put into practice more things I have learnt in regards to sculpting and modular organic assets. My idea is to have this dark, twisted, ancient Oak tree as the focal point of the scene, supported by ancient church ruins in the background and the rest of the scene being framed with larger rock formations and the end-tail of a birch forest emerging from the rocks.

These are my references at the moment. I want my quality benchmark to aim for God of War, especially in regards to using geometry-based snow clumps for the majority of the environment. 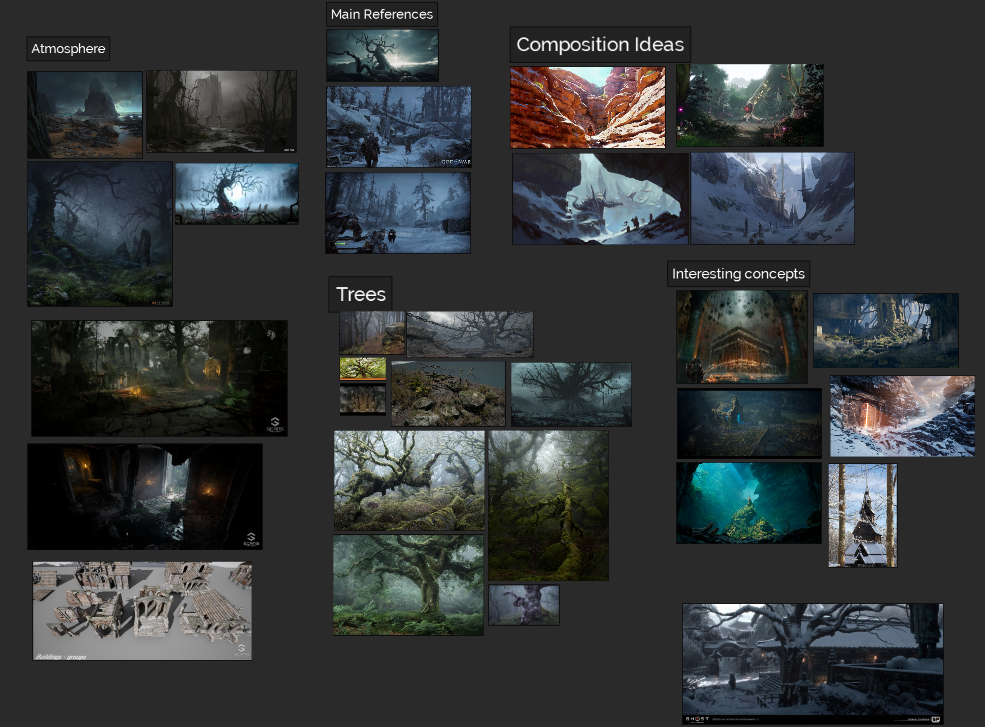 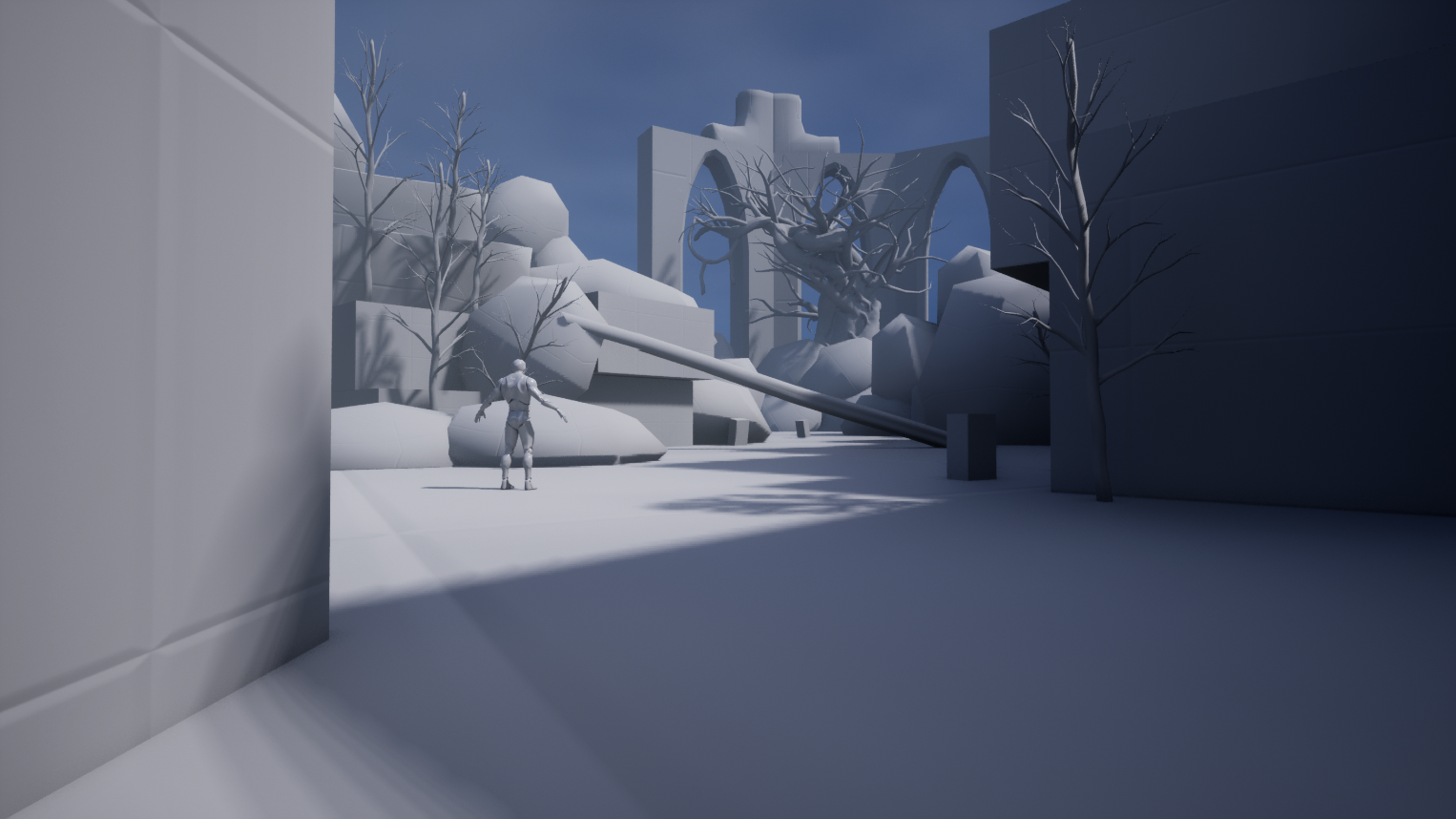 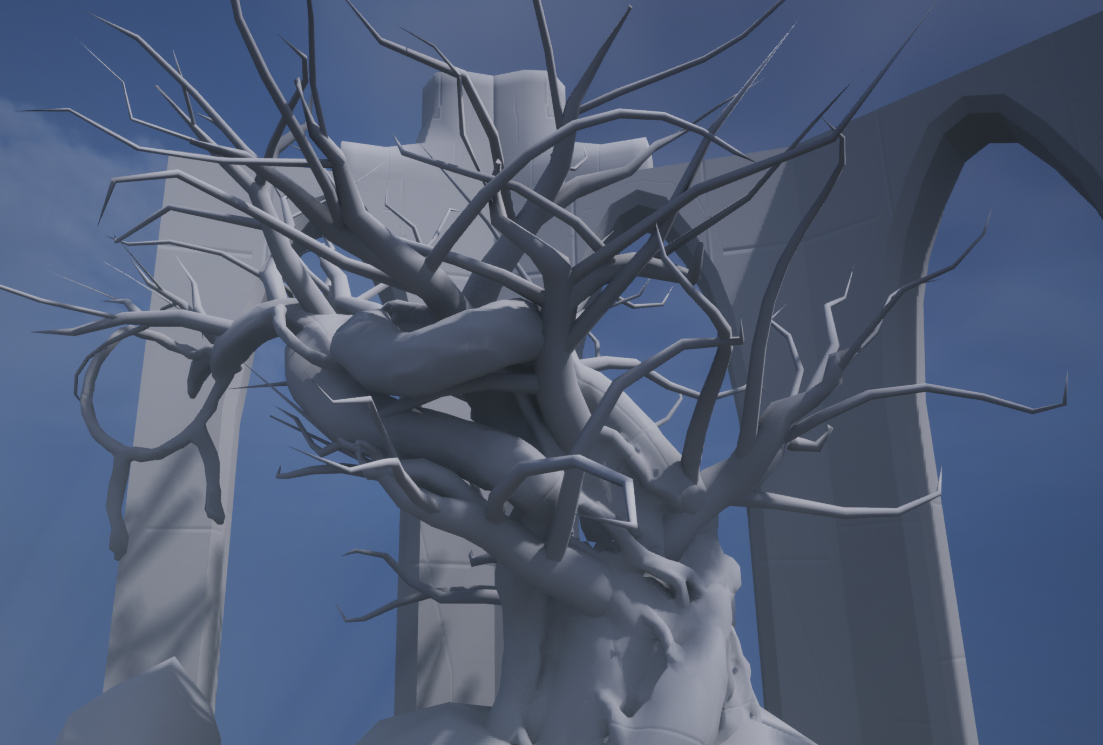 This is where I'm at with Blockout! To begin with, I want to start getting the main focal point looking good for a first pass, then move on to the other composition assets. Perhaps something more tribal to contrast the church-feeling in the background could be used on this main tree. Aside from that I'm also setting up some basic lighting to make sure I'm leading the eye towards those assets too.

Thanks for reading and Feedback is welcomed :)