ChiNguyen
keyframe
Offline / Send Message
ChiNguyen keyframe
Dec 2019
Hello~ it's been a while since I've posted anything due to school but I'm free now and have all the time to regularly update.
So this is my character that I'll be modeling for the Cubebrush's Art of War 4 Contest. I hope to get lots of feed back.
So a little bit about this fellow is that he's a flaming lizard. He has patches where flames would just hang around and burn such as the top of his head, down his tail, on his shins and forearms. I didn't want to make his face a typical monster instead I opted for a more friendlier face. For the overall shape I went for circles and and triangles. His body will be have softer and more rounder shape to give off a more friendly feel and the triangles will be where armor, flames, and claws are.
The armor bits are made of lava rocks and has an emblem from the fire faction on his gauntlets.
The armor shape might change once it's in 3D and I'm open for suggestions. Instead of spartan themed armor, I thought about just making him into somewhat of a sumo wrestler and without armor but lava rocks scattered in patches of his skin making a natural armor instead. I'll have another concept version up soon. 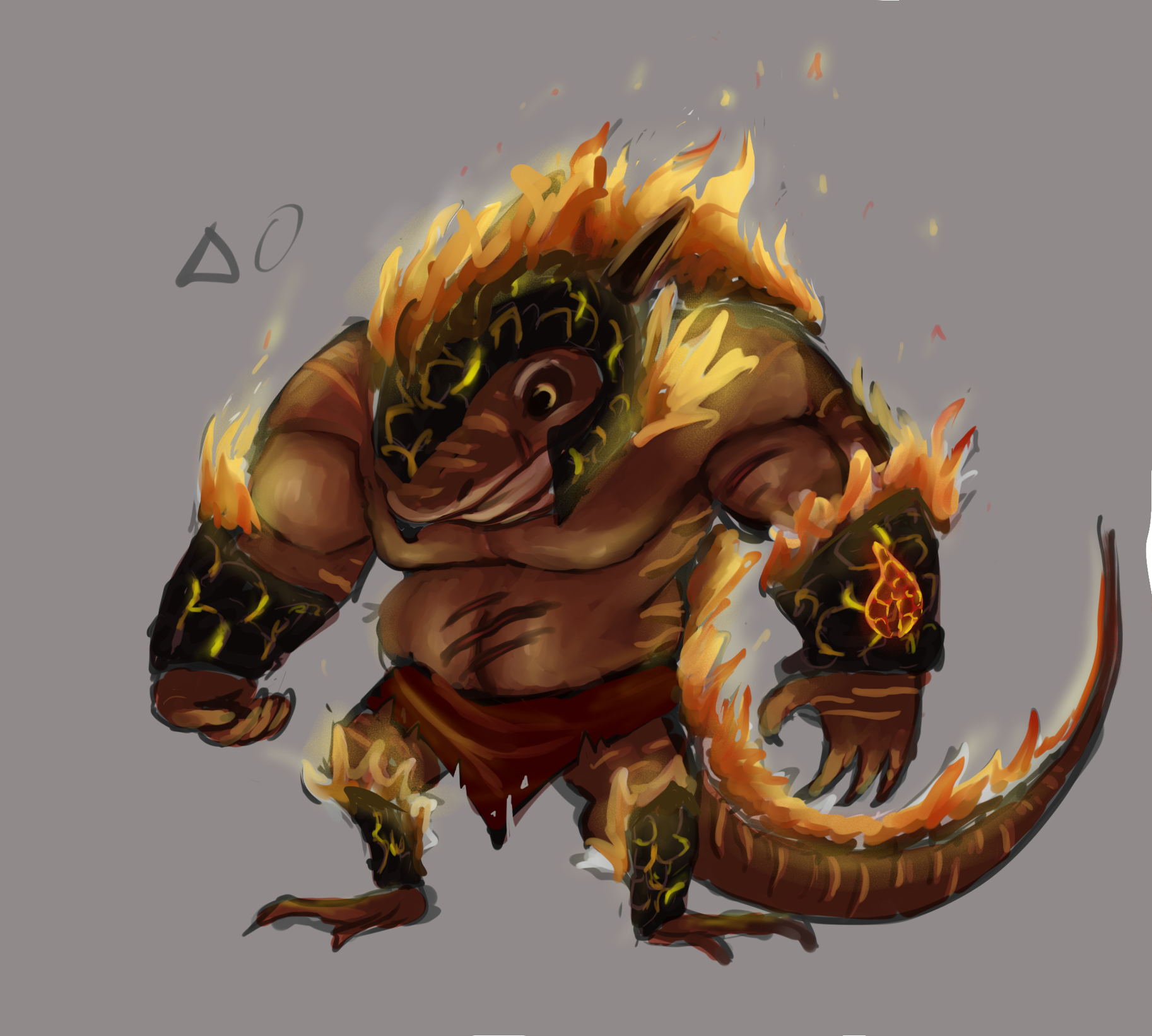 Here's the mood board for this fellow. 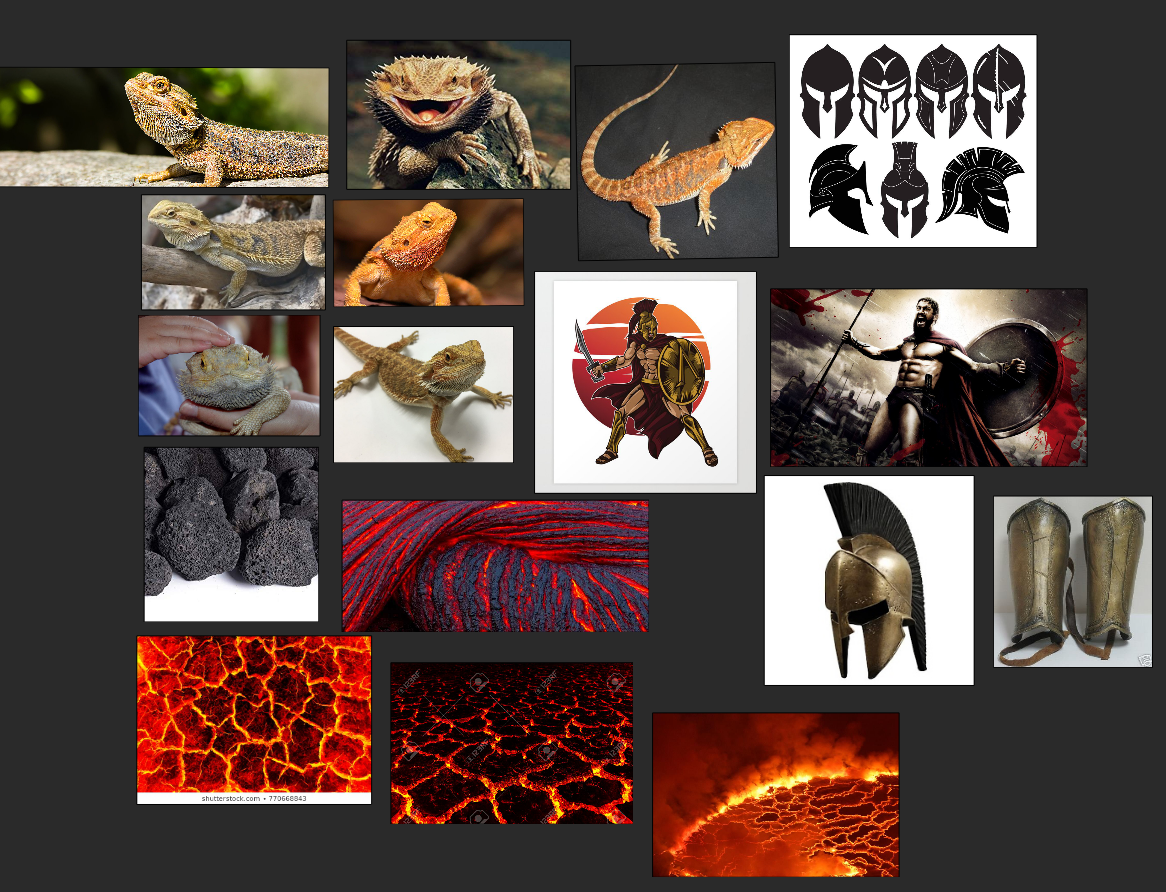 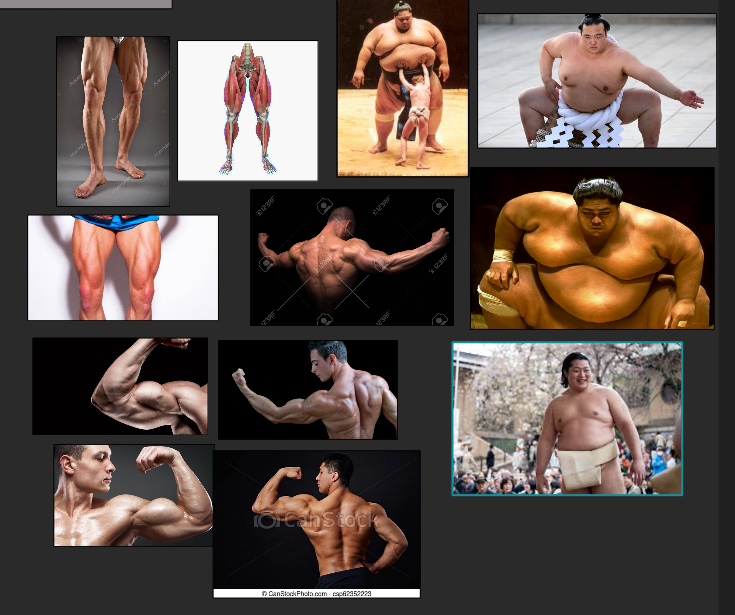