--Original post below : --
Personal project,  work in progress : all major parts are in,  but looking for C&C on what to improve and to polish mostly texturing and lighting.

The main idea was to have some fun with sci-fi designs, and practice modularity : the corridor part was made as if it was chunks for a bigger modular env. set,   and the ever present question is .. how much  can recycle parts and uv chunks , not consuming more uv space ?  So things like the corridor bend or the double doors were cobbled together  trying to see at which point it's too much recycling and what's really important to make 'unique texture' in a mid-large env.
And also keeping copies and duplicates organized, being able to repack and rebake late in the project without too much pain.

Modeled in Blender and textured in Substance Painter, rendered in Unity5.  The point of modularity is also tied to procedural texturing / hipoly-lowpoly workflow: it  tends to make you think 1 piece of model = 1 chunk of uv, but of course that's not always necessary at all .. i still remember an awesome scifi env around this forum made with 1x 512 texture , Gosh !

So i wanted to spend some time on that aspect, i didn't do anything crazy, it's still  4x 2k²  uv sheets for the whole env, but it confirmed recycling can go a long way and can be mixed with all the goodness of baking from a mesh and the specific dirts and AO you get that way.
Also not much stencils or complex material blends here,  thinking of tiles and recycling was enough for now.

The design refs are mixed and partly based on concept art from Frictional's Soma,  then as usual with personal projects i divide between following a good ref. concept and composition (best for quality of result imho) and freely practicing what you need to learn most (important too..)

There's some ugly aliasing and bad lightmap packing in these shots, visible in fullsize that i'm still looking into..

Also, while making this i was working on polishing my own 'python on post-its' export tools

.. those started as a few macros to rename object pairs for hipoly-lowpoly  and quickly going from Blender to Substance, then expanded with some macros for export to Unity (joining objects preserving custom normals, repacking uvs for use as lightmaps .. and few more boring but useful speed ups)
The code has been freely available on github (https://github.com/nizu/NZ-Tools)  for a while , but beware ! it's not really usable : not without a tutorial/doc and anyway likely too tied to my own workflow, so probably not worth it right now,  unless you just want to read the python as 'spare parts' .. but i'm happy to discuss the topic , and i'm working to make it a bit more useful for others (so stay tuned and ask if you want to know more) 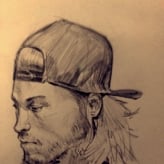