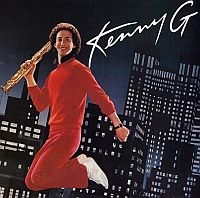 It should be fair to say that the general consensus among experienced 3D artists is that releases since this version have generally made the software worse, and at a hefty price-tag too.

Now, there are always going to be those who tell you they actually like things like caddies and incremental screen-space AO, and much like people who discuss contrails and illuminati on YouTube, I'm not going to address them.

3ds Max designers were at one point highly innovative and in touch with its user base. Now, Autodesk relies on inherently flawed user-feedback systems, are driven by random ideas that are entirely out of tune with our needs, design by committee, and have ceased all effort of true innovation.

(You may skip the following two-paragraph rant)

A new release of 3ds should be something exciting to look forward to, not the start of another 6 months of operating what is essentially Beta software until the release of Service Pack 1. For the people out there who are growing increasingly embittered by paying through the nose for a bloated and buggy software package, I have no words of hope. Autodesk continues to make money, they have no one in high positions who actually knows how to operate the software with a high degree of prowess, they have no one who loves the software and wishes to see it reach a higher potential, and they would arrogantly scoff at my feedback and shake their heads in a condescending manner while they continue to make money. And that's their right. From a business perspective, as long as you make money you are good, and since Autodesk have a monopoly on 3D applications outside of CAD, there's no way they're going to stop making money. Autodesk are, technically, successful.

There's realistically only one way that 3ds Max is going to improve, and that is by purchasing the right 3rd-party developed content. This is not ideal, but it's the best we've got. Luckily, Autodesk are good at spending money, which sometimes benefits the user. The truly good updates to Max were purchased from other devs. If Autodesk themselves would only focus on performance, stability and core systems, we might be on to something (and this would stop them from ruining the efforts of the 3rd party developers); but alas, Autodesk unfortunately continues with embarrasing efforts to "design". Again, with their money they could easily hire highly qualified people for design work, but Autodesk as a corporation is not aware that such a need exists for 3ds Max.

So, with that out of the way, let me bring this to a positive note: 3ds Max 2009 64 absolutely rocks. It's solid, fast, stable and highly customizable. It's perfectly capable of handling all next-gen tasks, it doesn't in any way lag behind its successors, and it supports your favourite 3rd party addons, whether they be renderers or modeling scripts.

For those not familiar with 2009, you may have heard how many of the top artists still swear by it, and as time allows I'll dump some of the reason why that is in here, and encourage others to do the same. We've been doing it in various threads over the years and I figure it's a good time to put it all in one place.
0 · Share on FacebookShare on Twitter